Making changes to keep Gavin from hurting himself at night -

Still struggling but forcing myself to exercise

Making changes to keep Gavin from hurting himself at night


We’ve been having some issues with Gavin, particularly at night. The other day, Gavin got up about 9 PM to use the bathroom. Lizze was still reading to the kids and I was in the living room.

All of a sudden, we heard a really loud thud.

I thought Emmett had fallen off the top bunk but Lizze headed right to the bathroom cause she knew it was Gavin.

Gavin swears up and down that he never fell. He claims he only put his hands on the floor to keep himself from falling.

Everyone in the house head the thud and no one believes it was from him gently putting his hands on the ground. The problem is that for some reason, his bedtime medication is making him very sedated when it hasn’t in the past. This is something new.

Lizze had to coach Gavin through the locked door, in order to get him out of the bathroom and back into bed. 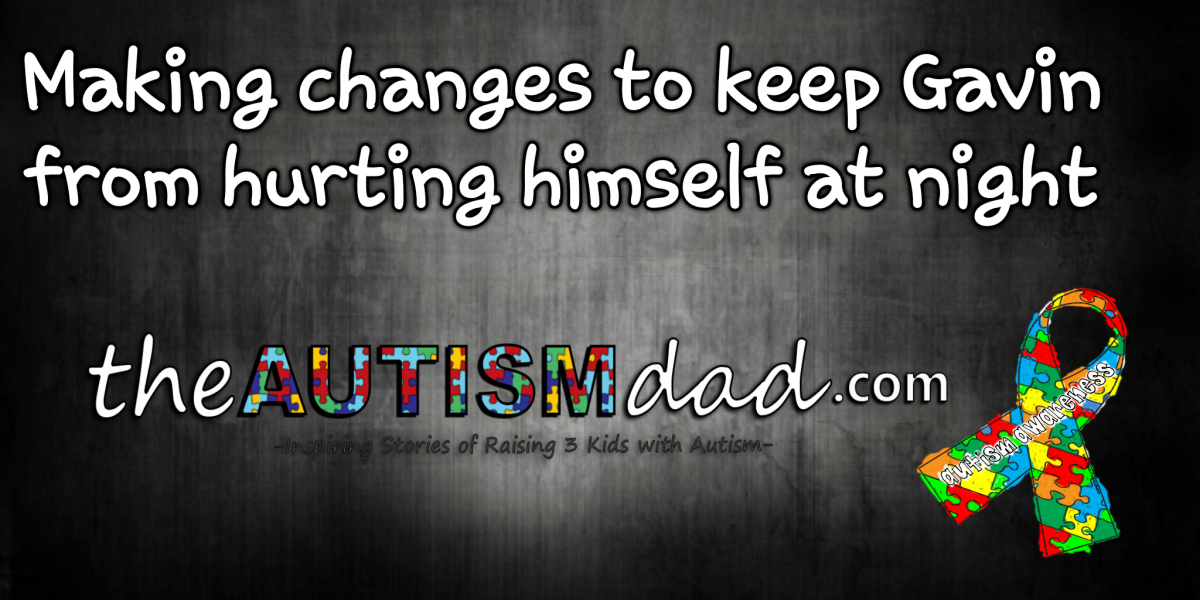 Getting him back into bed proved challenging because it was like he was three sheets to the wind. He couldn’t walk straight and when he got to his room, he couldn’t follow basic directions. He almost hurt himself by trying to kick his door closed.

Thankfully, that was it for the night and he slept through until morning.

We tried speaking to him in the morning about it and he denied everything. He says he placed his hands on the floor to keep himself from falling but that doesn’t make any sense and it’s not consistent with the sounds we heard. 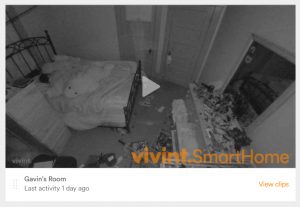 We’re using our Vivint Smart Home Camera, to monitor Gavin at night and be alerted if he gets out of bed. This way, if he gets up at some point and wanders out of his room, we will be immediately notified. There’s comfort in that.

I hate the idea of having to monitor him like this but we’re talking his personal safety and I don’t really see another way aside from tying a bell to him.

I don’t know why it’s hitting him like this all of a sudden. That’s sorta par for the course with Gavin though.

I’m surprised that he goes to bed so early. Do his meds cause that? On another note, you’ve mentioned your nausea and lack of appetite because of the Paxil withdrawals; I was wondering if you had weighed yourself lately? The last time I asked about your weight loss journey you were trying to get back to it after the holidays (so was I!) and hadn’t weighed in for a while. How are things going on that front? And are you getting any exercise in?

Gavin’s a creature of habit. He always went to be at 7pm cause he was used to that. He does manage bedtime well if we don’t give him one. We recently tried removing bedtime and it didn’t go well for him. He was up too late an unable to get up in the morning. Currently, he takes his meds at 8pm and has a routine of shows he watches in bed before his meds kick in and he goes to sleep.

This new level of sedation only recently started nothing has changed med wise for almost a year. Weird…

The Paxil thing I guess is helping because I’m eating if I’m hungry and not because I’m stressed. It’s strange but it’s helping. The one thing I struggle with though is getting enough water. It goes back to the nausea. Eating or drinking anything rarely sounds good. I’m working on forcing myself to at least stay hydrated.

Finally, yes. I’m walking several days a week again. Nothing crazy but I’m continuing to increase my physical activity. It’s literally one of the only times I don’t feel sick. I’m guessing it’s an endorphin thing.. ☺