Show of hands, who can relate to this #Autism Parenting challenge?  -

MASSIVE UPDATE: Heartbreak and a few other things

Show of hands, who can relate to this #Autism Parenting challenge?


It never fails that when I’m sick, tons of other shit happens at the same time, making it harder for me to rest.

I’m still not feeling good, didn’t sleep well last night and Lizze is struggling to walk because of her hip. Simply waking up this morning had us at a disadvantage, right out of the gate.

Emmett had a really bad morning but not because he was doing anything wrong. He was unable to wear anything on his feet, despite exhaustive efforts to help him do so. He wouldn’t even wear his flip flops.

We were almost twenty five minutes late before we even got him out to the car.

The poor kid had his shoes and socks on when we got into the car but he became increasingly agitated as we drove to the school.

By the time we arrived, Elliott was out the door in a flash and I spent some time trying to help Emmett work through what he was going through.

We eventually reached a point of any further efforts having no point and I brought him back home with me. I didn’t have the wherewithal to keep fighting and he was quite clearly beyond his limit. I knew there was no feasible way to bounce back from this particular set of circumstances.

I was able to doze off here and there while Emmett snuggled on the couch and watched cartoons.  Unfortunately, that meant that I didn’t get the rest I needed today though.

I’m feeling pretty rough right now and if I was able to go to bed immediately, I would absolutely do so. 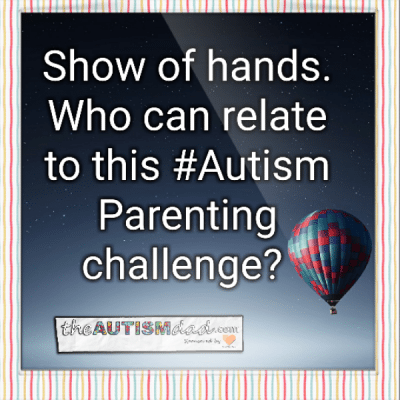