3 items are helping my son with #Autism gain independence   -

….and this is how life is treating us today

It feels like my sanity has existed stage right

3 items are helping my son with #Autism gain independence


I’ve spoken about this a few times before, but I wanted to share something we’ve done, to help our low functioning teenager with Autism, gain a bit more independence.

Gavin is seventeen years old and struggles in most areas of his life. He’s unable to remember things, and his cognitive ability is in a slow, unending decline.

One of the things that we’ve recently done to help him better manage his daily life, weekly schedule and bedtime routine, is introduce some home automation into his room.

I’ve been working on automating our home over the last year or so. For whatever reason, Gavin was resistant to being included in this process but a few days ago, he decided he’d like to give it a try and that’s pretty exciting because Gavin’s not someone who embraces change.

The changes were simple.

I ordered him a new hanging lamp for his room because all he had before was a desk light. He didn’t want anything else, despite many attempts to add better lighting over the years. My wife and I figured we would respect his wishes, even though we wanted more for him. 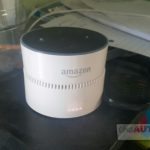 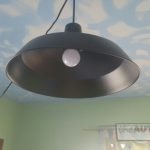 The second addition to his room was a Philips Hue White Bulb. This would allow for him to completely control the light levels in his room.

Lastly, I installed an Amazon Echo Dot on his bookshelf. This will be the brains of the operation and a central hub if you will, for Gavin’s bedroom automation.

I’m not gonna lie, I’m so excited that he decided he wanted a new light, which led to everything else.

@mwest410 This is good stuff. It’s also important to remember that his health means a lot to your health. Don’t forget you

@mwest410 This is good stuff. It’s also important to remember that his health means a lot to your health. Don’t forget you