My kids are driving me completely insane today and here's why -

Holy shit….. My kids are driving me completely bonkers today. I like to think I’m in a good enough place to be able to cope longer with some of this stuff but not today.

Gavin will not stop talking. In fact, he literally follows me around the house, talking at me and not to me. I have to actually tell him to stop talking to me, and hate doing that but I swear to God, if he doesn’t stop, I’m going to lose my mind.

Elliott and Emmett are both handfuls as well.

Elliott is generally disagreeable and easily irritated. He’s doing this thing where he feels the need to correct what other people are saying and it’s driving me nuts.

Emmett’s meltdown meter is buried in the red, meaning the tiniest, most inconsequential thing will trigger a full-on meltdown. 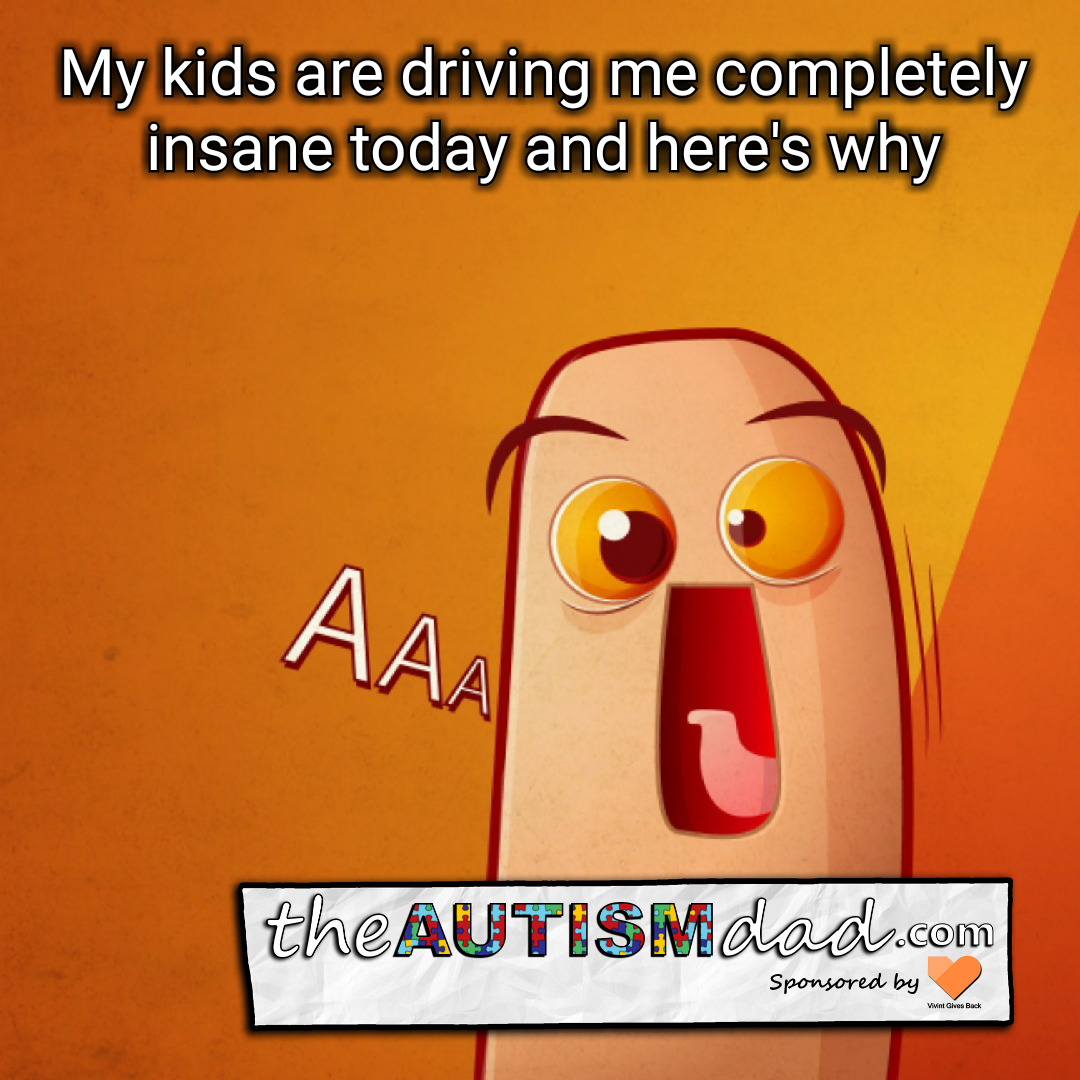 I’m feeling exceptionally overwhelmed today and to make matters worse, I’m really frustrated because some things have disappeared from our house and the only thing that makes sense at this point is Gavin threw them away.
I had a brand new Google Home and two audio Chromecasts that I was going to giveaway and they have disappeared. We’ve searched the entire house and nothing. What very likely happened is that in an attempt to help out around the house, Gavin picked up the bag containing the items in question, and threw them away.

This wouldn’t have been easy to do because the bag was heavy and it clearly didn’t belong in the trash but Gavin doesn’t pay attention to things like this.

I’ve extremely frustrated but I’m not angry. It may still turn out that he just moved them somewhere and doesn’t remember doing it. Either way, they’re missing and that’s something I’m trying to work through because I hate losing things.

Lizze let me sleep in this morning because I was up with Emmett last night and ended up camping out in the living room. Now it’s her turn to take a nap and then we will move on with our day.

I’ve been straightening up,  getting some writing done and generally trying to be productive.

Gavin’s just informed me that he has some plans today at base, with his visibly challenged group of super best friends.. He’s really excited about that and honestly, it’s so hard to see him this delusional… 🙁

Today’s going to be one of those days where I live minute to minute…..

Very hard when all three kids are having issues. I hope this week turns out much better for you all.

Very hard when all three kids are having issues. I hope this week turns out much better for you all.