Emmett and I met with the principal this week -

We have become quite fascinated by our fish tank

Emmett and I met with the principal this week

Emmett and I met with the principal on Wednesday to begin planning for the rest of the school year and beyond. There’s no interest in a PTA, so Lizze and myself will be working directly with the school. Hopefully, others will join at some point but no one showed up on Wednesday.

What’s really cool is that Emmett and Elliott are involved in this. It helps the have a sense of ownership in the school and learn some behind the scenes stuff. 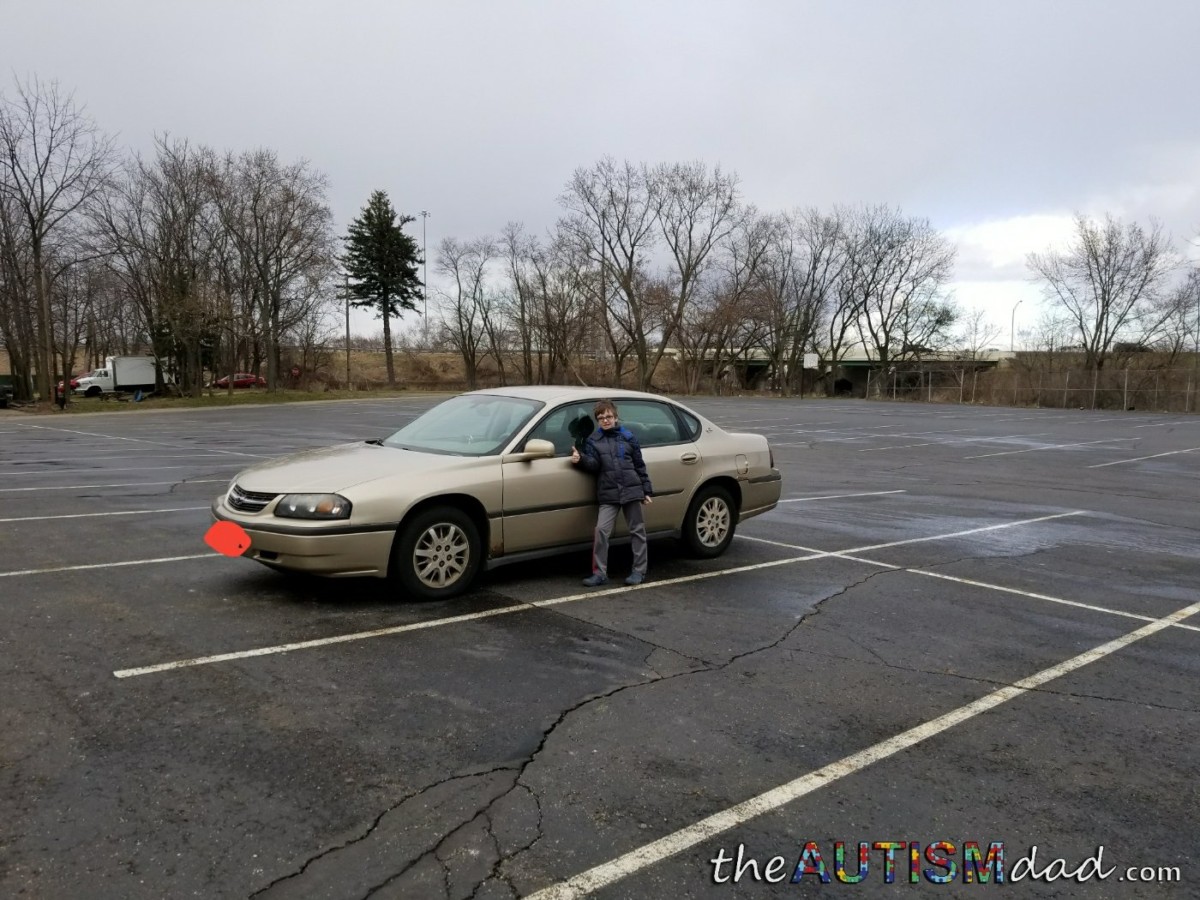 We were the only car in the school parking lot, aside from the principal’s. It was sad to see that not one single parent showed up. Emmett was feeling pretty good about himself and was really excited to be a part of the meeting. ☺

As I mentioned, it was just myself, Emmett and the principal on Wednesday. Lizze was home with Gavin and Elliott because Elliott had come home from school not feeling well. Otherwise, they would have been there as well.

One of the things we’re working on right now is fundraising and we have some great ideas. While I can’t talk about any of those things at the moment, I will say that Emmett contributed some amazing ideas. There was totally a sense of pride in him because he was being taken seriously by his principal and his ideas are going to help the school.

I’ve said it many times before but I’ll say it again. Our principal is awesome.

One of the things I’m doing right now is collecting items for a raffle that will benefit the kids and provide them with some special events towards the end of the year. State testing is incredibly stressful for our kids and we want to give them something to look forward to. ☺

I’ve already got some cool items and I’m waiting to hear back from a few companies.

Once I’m done, I’ll share a post with all the information and publicly thank these companies for their help. Some won’t be mentioned by name because they prefer to remain in the background and I respect that. ☺

Anyway, I feel really good about this with the school. It’s awesome to be working on things that will not only benefit my kids but also the other kids in the school as well.

Something else I’ve said many times but it can’t be said enough. I’m a firm believer that the more involved we are in our kids education, the better off they are. I feel like this is just the beginning of some awesome things for our school and the amazing kids that attend it. ☺

These comments are really ridiculous. Becky was the only one who focused on the positive side of things by recognizing that this was a really cool experience for Emmett.

I’m sorry that everyone else feels the need to pick this post apart. You’ve missed the entire point.

This was an awesome experience for Emmett because he’s now a part of something that is helping to make a difference in his school. That was the point. Sorry you missed it..

I think it’s great that Emmett wants and is allowed to be a part of fundraising for his school. He will see firsthand how something like this can make an impact and can take pride in the fact that he helped make it happen. But Rob, if you don’t want people to focus you throwing shade at the other parents, you probably shouldn’t mention their lack of interest and how they didn’t show up within the first 3 sentences of your post.

I’m not throwing share. It’s all about context. If I don’t explain, even briefly why this is so challenging, the comments will focus on wanting to know why it’s so challenging.

I didn’t mention any names or anything like that. I simply expressed disappointment in the overall lack of involvement..

I’m having a bad week. I’m hitting some serious withdrawal from the Paxil and it feels like there are people who read for the sole purpose of picking apart everything I write. Like they’re trying to trip me up or just looking for a reason to call me out on anything they can.

I was frustrated at the meeting because we specifically rearranged the time and date at the request of a few parents so they could make it.

Not showing up and not calling to cancel is not cool. I don’t know their reasons and I’m not angry. It’s just frustrating because this is what always happens. It’s why the PTA fell apart in the first place.

Everyone has things that come up, it happens to us all the time. That being said, we never no call and no show. Even if it’s last minute and short notice, we always call to let the other party know. It’s called courtesy.

The reason I know it’s a general lack of interest is because Lizze and I have actually had parents tell us that they aren’t interested in being involved in the school because there’s nothing in it for them. We’ve also heard “why would I want to be apart of the PTA” before they turn and walk away.

It’s sad and certainly doesn’t mean that everyone is the same way but it’s the general tone that we’re having to try and counter.

Like I said, I only mentioned it for context and wasn’t trying to shade anyone. The point of the post was missed by most people and that’s frustrating as well.

Everyone has their own timeline and agenda. Just because you are ready to start getting involved doesn’t mean the rest of the parents are….throwing darts on your blog at them isn’t going to endear you or your planned efforts to any of them.

With that said, fundraising might be an uphill battle with an apathetic parenting community…I’m also assuming low income, so you might want to get creative with how you can in fact raise money for the school. And be prepared for some initial failures and a lot of work. Fundraising is not easy

It’s ridiculous that this has gone this far. People committed to being at a meeting and no one showed up. That’s it. This whole thing is sad and it really seems like you’re trolling at this point.

Good morning, Rob. Sorry for the delayed reply but I was out yesterday and didn’t see this until this morning. I honestly don’t know how you can think that anyone is trolling. I think it’s great that you want to help the school but you are the first one to tell others that we don’t know your life when someone is critical of you yet you are not extending the same courtesy to the other families. I get that you’re frustrated but like Dutch said, just because you are ready doesn’t mean everyone else is too. I understand the annoyance when people said they will be there but didn’t show up, but you have done the same thing countless times when it comes to family gatherings or doctor’s appointments and Lizze or one of the boys isn’t in a good place to go. I’m not judging you or even trying to give you a hard time, but for you to throw rocks at these people for the same thing you yourself do is just wrong. With that said, I hope you have some luck with the fundraising. It would be nice for the kids to have something to look forward to during State testing time.

You guys are putting way to much thought into this. I know the situation much better because I was there. I also know the general demeanor of the parents.

This is exactly why there’s no PTA.

I’m allowed to be frustrated and disappointed.

Tell Emmett I’m proud he went and can be involved.

How would anyone else know to be there? Was the meeting scheduled and sent out in a newsletter? And if it was the middle of the day people were probably at work.

Because it was announced and we even had to adjust the meeting time because some people weren’t able to make it. We all agreed to the time and place but no one else showed up.

I wouldn’t make a comment about no one showing up if it was a secret meeting or in the middle of the work day. People had committed to coming and then didn’t show up.

To play Devil’s Advocate- Lizze didn’t show up either. Yes, I understand she was home with Elliott because he wasn’t feeling well, but you don’t know that the others who said they would be there didn’t have something come up as well. To repeat what you so often say, you don’t know their stories and aren’t walking in their shoes.