This is an important update on Gavin’s current overall status and one that’s a bit concerning, although not entirely unexpected.

Gavin’s officially off of Lithium for the first time in over a decade. We were a bit caught off guard at the timing because we were supposed to stop this coming Thursday but when his new box of meds was delivered this weekend, it was devoid of Lithium. By the time we would be able to address this, it would be close to the original cutoff date anyway.

Frankly, it doesn’t matter, aside from finding out why they pulled it in the first place because we never told them to.
Anyway, Gavin’s off of Lithium for the first time in over ten years, and we’re bracing for a major unknown.

When this reduction began about forty-five days ago, we didn’t notice any appreciable change.

Gavin’s always ebbed and flowed between stable-ish, manic or psychotic. Seeing anything like that is not out of the norm for Gavin, even properly medicated.

Within the last few days, however, we’ve seen a change towards worsening psychosis. With everyone being sick for the last week, it hasn’t been a priority, but as we’re regrouping, we are seeing red flags popping up.

The biggest thing right now is that he’s expanding his team of super best friends, for the first time in a long time. In fact, I’m not sure I can even remember the last batch of recruits. Maybe it was the Elements of Harmony? I think that’s right.

Anyway, he pulled me aside yesterday to tell me that he’s training some new recruits. I was still sick at the time and don’t remember their names, but when he updates me tomorrow, I figure all that out.

One event that I do remember was about a week and a half ago before we were all sick. He spent the afternoon at base, otherwise known as his room, throwing a huge anniversary celebration for his team. He said they began defending the Universe back in 2005, which oddly enough coincides with his Autism diagnosis and onset of schizophrenic symptoms.

The very first team he commanded was his monkey army. That was about 2005 and had a pretty freaked out at the time. If we only knew the amount of shit we would see over the next twelve years…

My final thought, for now, is this. None of these things are super alarming in and of themselves, but the fact they are happening without the Lithium on board is. The mood stabilizer has always been there to pull him back at some point. It was sort of a Ying to his Yang. We’re in uncharted territory at this point and can’t be sure how things are going to go. 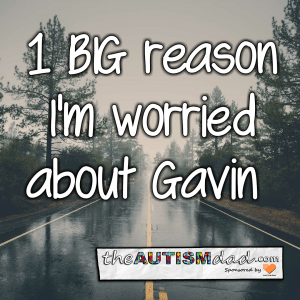