I surprised the kids today


Emmett missed most of last week because he wasn’t feeling well. I had work sent home for him to work on so he wasn’t so overwhelmed when he hopefully returns on Monday.

Emmett is crazy smart and way ahead of everyone else in his class, so homework is something that should come relatively easy for him. Sometimes it is and other times it’s a fricking nightmare.

One of the things that Autism has contributed to this mess, is a very literal interpretation of everything. Emmett interprets things in a very literal, incredibly ridged way. There’s almost no way to help him work through anything, when he’s literally interpretating things.

An example that we are struggling with this morning is this. The instructions for a math problem he’s stuck on went like so. 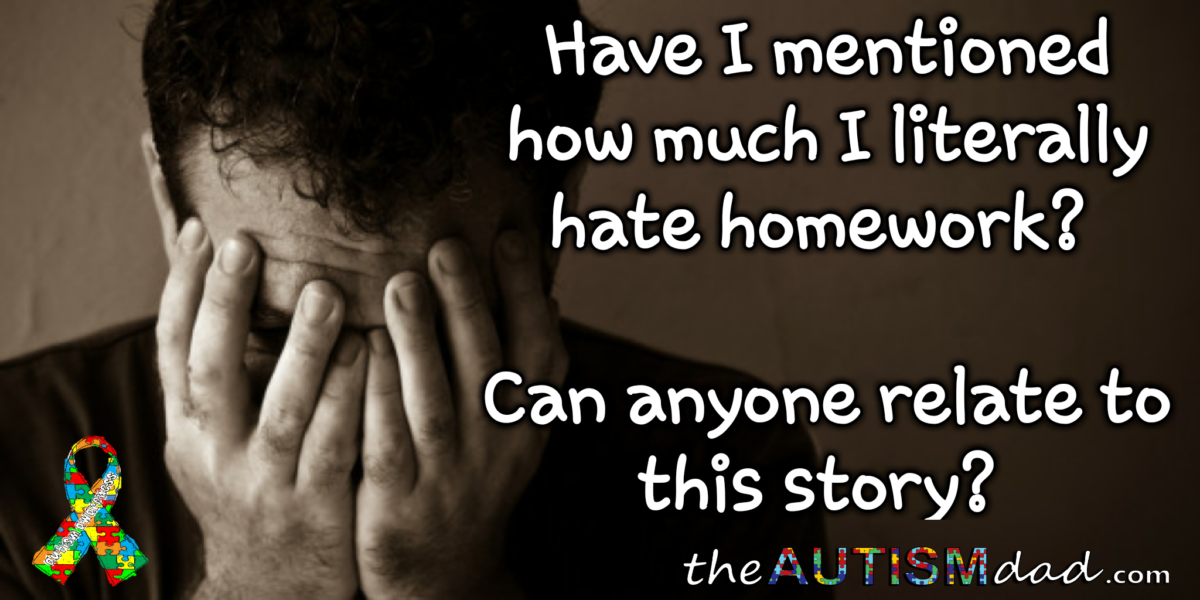 As Emmett was reading the question in its entirety, he solved the math problem in his head. It wasn’t something he could help, he’s a smart kid and numbers are his thing. The answer just sorta popped into his head. I happen to think that’s amazing but Emmett is beside himself and won’t move on because in his very literal mind, he didn’t follow the instructions.

It said without solving the math problem. In his mind, he just broke the rules because he solved the problem in his head. Subsequently that means, he can no longer continue because he can’t undo solving the problem he was told not to solve.

Without his teachers telling him that’s its okay, and he can finish the problem anyway, he’s frozen.

Emmett is freaking out over this and we are taking turns trying to help him move past it. Unfortunately, in Emmett’s mind, you can’t skip a question.

His very ridged way of thinking can be an asset at times but it can also be a detriment. Right now, it’s definitely a detriment.

I had a thought, don’t know if you tried this. Tell Emmett that solving the problem the way the teacher means is by writing it down. So if the answer just popped in his head he still hasn’t done all the steps. (OR, this might make it worse??)