At least it doesn't count as a sick day -

The good news and the bad news

Meet the ferrets helping my kids with #Autism

At least it doesn’t count as a sick day


We received a call early this morning, letting us know that school has been canceled due to bad weather. It’s not like the boys were going to school anyway, but there’s an upside here.

As a result of school being canceled, this won’t count as an absence.

That’s a good thing cause it helps keep those days limited, especially where Emmett’s concerned.

While I haven’t checked temperatures yet this morning, both boys seem to be feeling okay so far. I’m not hearing the coughing and hacking I’ve been hearing previously.

This bug seems to kinda come and go throughout the day. The boys may seem okay now but will be miserable later on. That’s how this has played out so far.

Anyway, there won’t be any therapy today as a result of the boys being sick. I’m okay with that cause we just need to hunker down, wait out this winter storm and fight off whatever this bug is.. ☺ 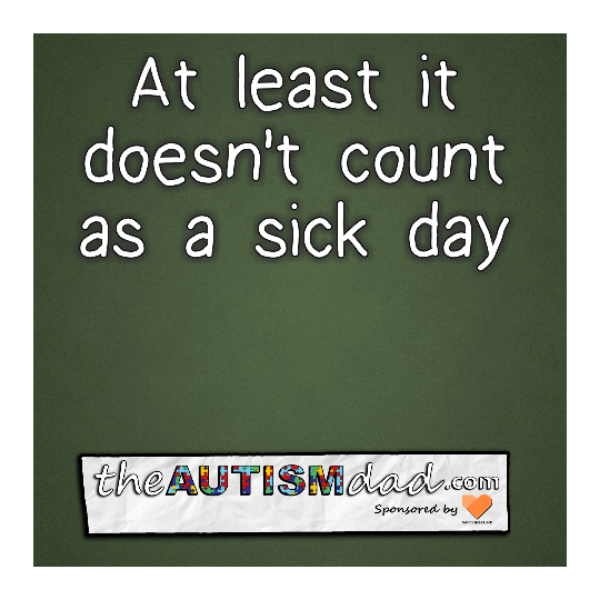