Why trying to get my son's new glasses was so frustrating  -

Confessions of a struggling and stressed out #Autism Dad


I mentioned last night that when it came to getting Emmett’s glasses, I ran into a frustrating situation. Here’s what happened, but before going into this, I want to say something first.

Not everyone agrees with public assistance and I get that. There are people who abuse the system and that’s wrong. There are however, families like mine, that wouldn’t be able to survive without it, especially where insurance is concerned.

This post isn’t about being ungrateful or feeling entitled. It’s about sharing a struggle that some might not realize exists.

Please don’t judge those of us that rely on this program to survive, simply because of those who abuse it.

Emmett’s on disability for a variety of reasons, meaning he’s on Medicaid. Actually, he’s on Buckeye, which is a managing HMO for Medicaid. For the most part, Buckeye works out well for Emmett’s needs and I’m extremely grateful that it’s available to him. 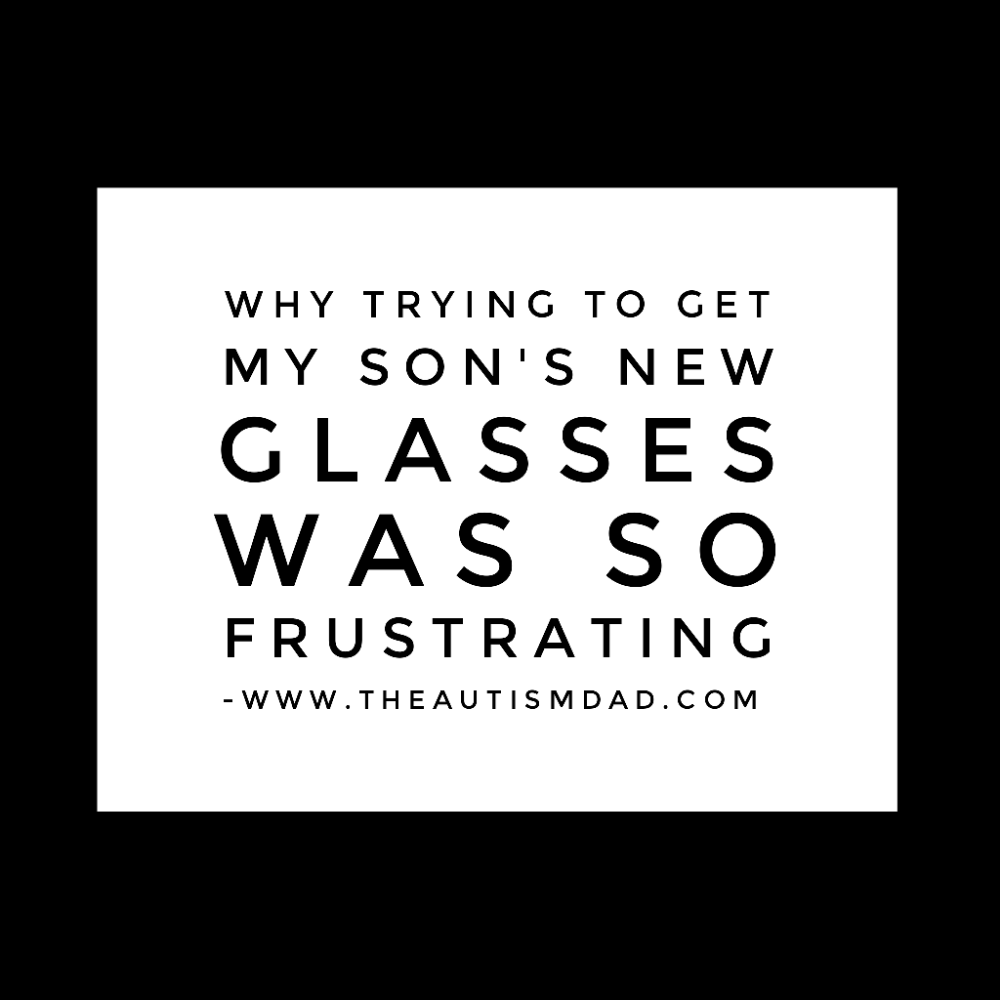 For all its benefits, there is a downside, at least when you need to get glasses. In my experience, Buckeye falls well short of meeting reasonable expectations. Frankly, it’s almost useless and that’s frustrating.
The main place we can go for glasses is Walmart, because most others won’t take Medicaid or Buckeye.

Buckeye will pay exactly $20.00 for glasses, no more and no less. This equates to extremely cheap frames and very basic lenses. Here’s where things get frustrating. Emmett needs transition lenses because of his sensitivity to light. He’s been using them for over a year now and they’ve made a big difference.

He used to use the clip-on sunglasses but that was a disaster.

The contract that Buckeye has with Walmart states that clients of Buckeye can’t add to the $20.00, or otherwise supplement it in any way. The glasses have to be exactly $20.00 and if you need something outside of that range, you’re shit out of luck.

The glasses Buckeye covers work out best as backup glasses.

The only way I could get Emmett the glasses he actually needed, was to buy them outright, and they weren’t cheap.

Walmart must run into this problem frequently because they have an offer that lets you buy a second pair of glasses for twenty percent off, but it has to be done at the same time.

I ended up having to spend about $150.00 on the second pair, and that was after the discount. That’s still a great price for glasses, but I didn’t have it in my budget to absorb that cost right now. At the same time, what was I suppose to do? Emmett would have struggled with the non-transition lenses, his current glasses left him struggling to see and he’s already struggling with every other aspect of his life.

This fixes a problem but creates one at the same time and I’ll talk about that in the next entry, after I figure out what I want to say.

Do any of you out there experience similar problems with insurance, regardless of what company you use? Please leave your comments in the comments below.

Even with private insurance coverage for glasses isn’t great and they usually limit you to a new pair every 3 years. I’m pretty sure transition lenses aren’t covered.

Even with private insurance coverage for glasses isn’t great and they usually limit you to a new pair every 3 years. I’m pretty sure transition lenses aren’t covered.