Elliott had a really bad day at school today -

I made significant progress with Emmett’s SSI

You will NOT believe what happens to this bully

Elliott had a really bad day at school today

Elliott ended up going to school this morning, even though he had been coughing all night.

According to Elliott, he had a really bad day at school today.  Those are his words. . He sometimes has Avery different definition of bad day than I do.

Anyways, as his as his cough goes… . 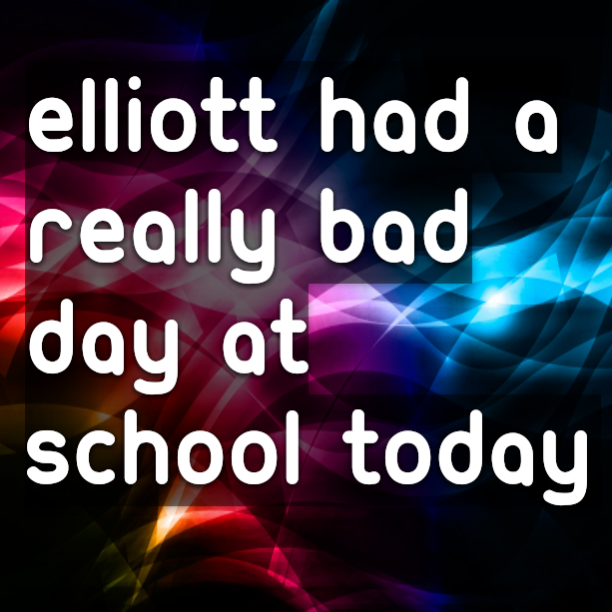 Sometimes a cough is just a cough but with asthma, his doctor has told me that when he coughs the way he does, that it’s asthma related.

Some kids weeze with asthma and apparently some kids cough.

He was doing better this morning and really pushed to go to school. Unfortunately, he told me when I picked him up that he had been coughing alot at school and that it hurt when he coughed.

He was upset because his teacher didn’t let him call home.

I’m not sure what happened but I’ll shoot a message to the school and find out. I’m always careful to make sure that I get both sides of the story because it would be really easy for Elliott to misunderstand the situation.

At the same time, if he’s right, I need to make sure that he has some recourse when he’s not feeling well.