I’m bracing for a pretty significant change to Emmett’s routine this week.  If I were to pick one of my kids to deal with a major change to routine, Emmett would the very last I would pick because he will either do really well or it will be a complete disaster.

As I’m writing this, it also occurred to me that we still have time change to contend with as well.. Shit burgers…. I forgot about that… Deep breath….

Emmett’s doing really well in physical therapy but only because he’s continuing to go.  If he stopped, we would likely see a downward slide. That’s what happened the last time as well.   The problem is that it’s getting tougher to justify his need for PT because he’s doing so well. 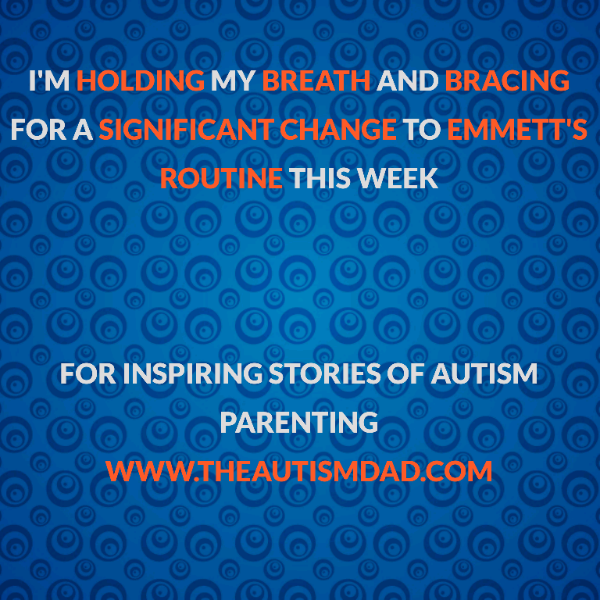 Rather than drop PT altogether, we’re going down to every other week.

I’m not sure how Emmett is going to do with this.  He’s aware of the change but until it actually happens, there’s no way to know how things will go.  I had also forgotten about the time change factor as well.  It’s going to be a double whammy.

Fingers crossed but Hell, maybe it won’t matter this week because Emmett’s been running a goddam fever today….(bangs head into the wall) O_o