I just don't know what to do anymore -

I just don’t know what to do anymore

I’m at a complete and total loss here because no one seems to know what to do about this.

Physically managing the fever flare isn’t really that difficult.  The problem is how the fever impacts his life.  School and therapy both have fever policies and while the school is being flexible, they do have their limits.

These limits have to be in place to protect everyone else.  I totally get it and completely support it.

Unfortunately, that means that Emmett tends to get sent home from school and has missed therapy for the last 4 or 5 weeks in a row.  That presents me with very difficult decisions and I have to somehow manage to find some balance, so Emmett doesn’t lose his placements. 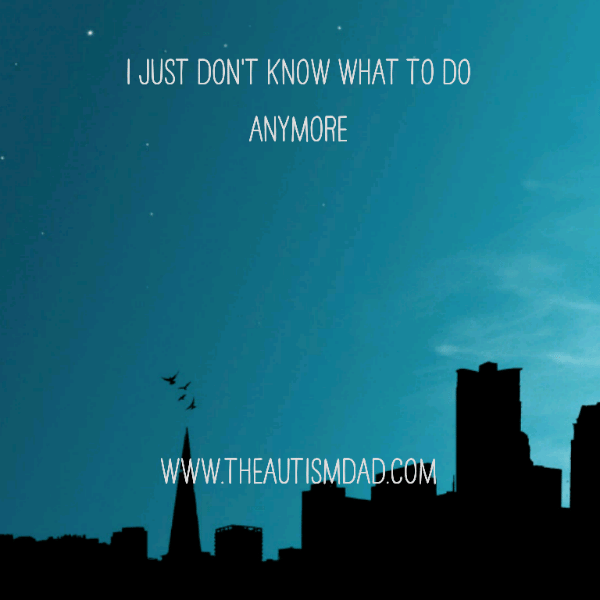 At this point, everyone is working with us but that can only go so far.

In regards to school, I’ve stopped checking his temperature in the morning, unless it obviously needs to be check.  Instead I send him to school and let the school send him home if need be.  This way, they don’t count as absences and it’s not just me seeing these bizarre, idiopathic fevers.

This weekend Emmett’s fever reached the 103°F mark and that’s something that can’t be ignored.  He went to bed tonight with a fever of 102°F and that doesn’t bode well for school tomorrow because I will have to check him in the morning.  Even though he’s probably not actually sick, a high fever is still a high fever and it takes a toll on his body.

I really need him to be in school for at least the first part of the day because I have a 10am doctors appointment and I don’t want to reschedule.  I guess I could just take him with me but I’d rather not.

Anyway, with summer break approaching, this will interfere with life a little less.  That will reduce my stress levels and since he’s not really sick, it shouldn’t slow us down too much.

Speaking of stress levels, that’s what’s likely behind this resurgence of fever flares in Emmett.  The cycles came back shortly after his Mom left.  After roughly 19 months, they continue to get worse.  🙁

I should clarify that even though he’s not sick, often times he’s miserable during these flares.  There can be pain associated with this but nothing he really complains of, he just struggles with life, has no patience and frequently melts down.  It’s not his fault and frankly, it’s heartbreaking..