Today’s Victory: He ate it


The continuing saga of Emmett no longer eating the things he historically has, keeps getting worse. In this latest chapter, he no longer eats his most favorite food of all time.

There have been two goto foods that Emmett has always been able to eat, should all else fail. One is Little Caesars pizza, and second is corn dogs.

Little Caesars pizza has become sorta hit or miss lately but he will still eat it warm. Unfortunately, corn dogs are no longer an option. We went through several the other day and none tasted right.

Emmett’s become very difficult to feed because nothing he eats tastes right to him anymore. He only regularly ate a handful of different foods and so losing anything is a major issue.

It’s really frustrating as a parent because I want him to have a well balanced diet, but at this point, getting him to eat anything is my main goal. 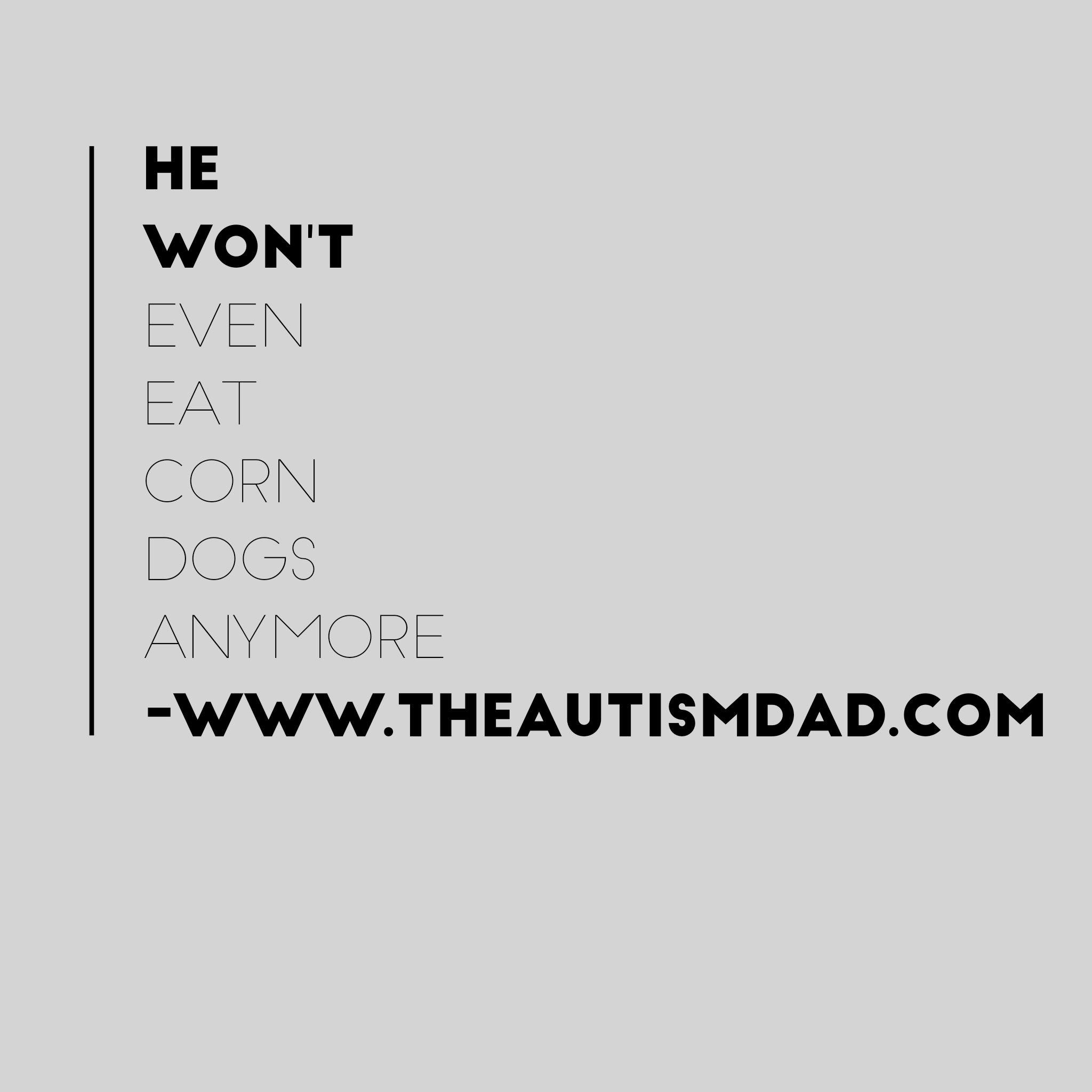 Update: As I was publishing this entry, Emmett declared that he would like a corn dog for lunch. I was shocked but there’s a bug difference between wanting to eat one and actually eating one. I’ll let you know how it goes… Fingers crossed.

If his tastes and/or sensitivities are changing, maybe trying completely new foods or foods that he didn’t uses to tolerate would work? At this point, it probably can’t hurt to try.

Kim, I have no idea why your comments keep getting held up in moderation… Moderation isn’t even turned on.. I release them, as soon as I see them.. Sorry

I don’t have a clue. It happens on both my laptop and phone and it won’t keep me signed in.