Our disappointing trip to @ChuckECheeses  -

Please keep Elliott in your thoughts and prayers

Our disappointing trip to @ChuckECheeses


If you’ve followed our story, you know that we are very clearly not made of money. Things are getting better every month, but it’s still a struggle sometimes.

Regardless of the financial challenges, I’ve decided to make a concerted effort to spend more one on one time with each of my kids.

On May 16th, 2017, I took Elliott to Chuck E Cheeses for our one on one time. It’s what he wanted to do and they had a pretty good deal going on. We went to the location at The Strip, in North Canton, Ohio.

We were both pretty excited, and I was happy to be in a position to pull this off for him.

The deal we took advantage of was $31.00. This deal included a large pizza, two drinks, and two twenty-minute play passes. 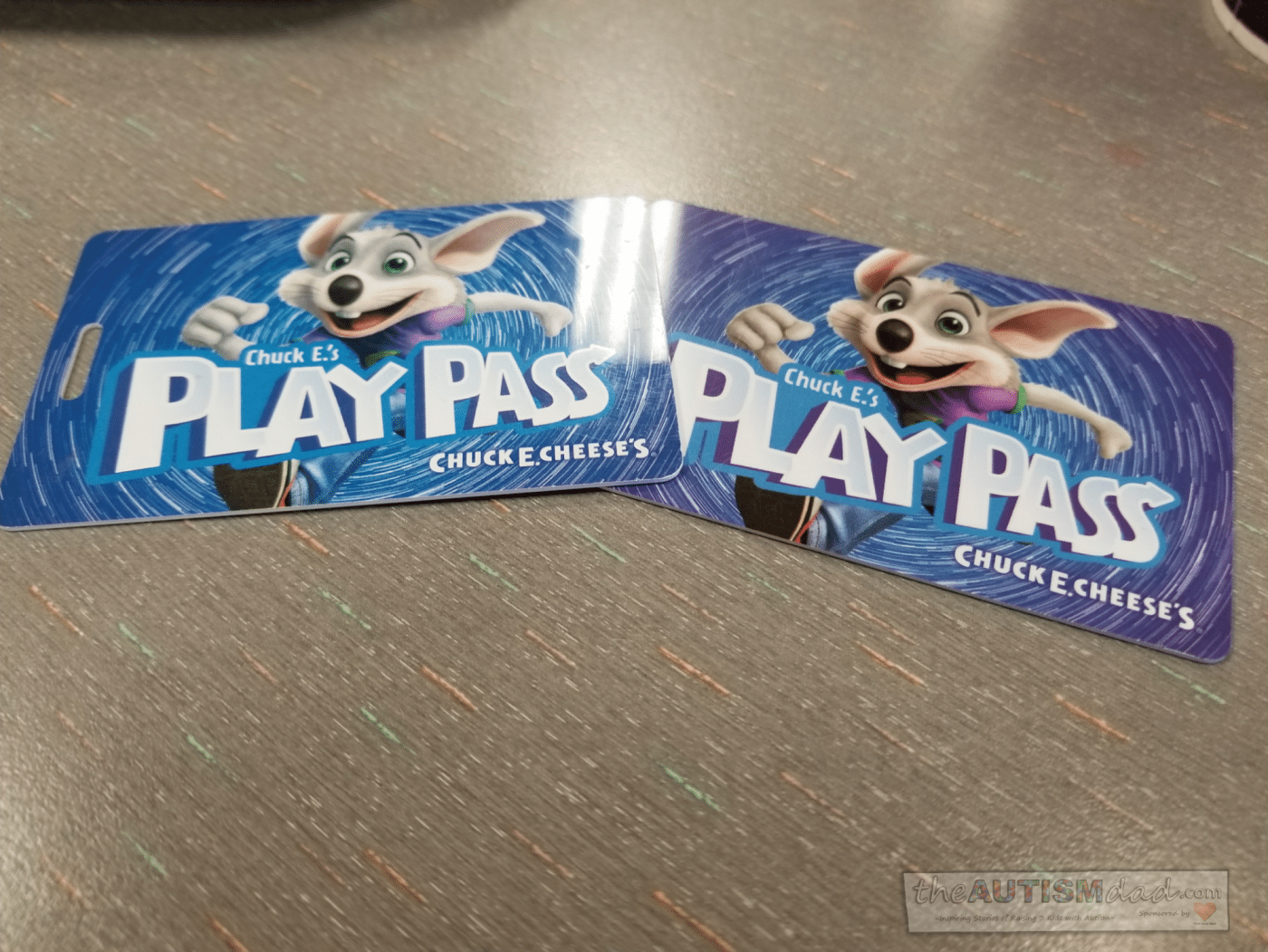 The Chuck E Cheeses in our area have done away with the token system and replaced it with minutes on a play pass card.

The pizza was good and delivered to us in about eight minutes, according to the person delivering it to our table. I didn’t time it but that sounds about right. ☺

Elliott and I went to play some games and earn some tickets, so he could pick out a prize. We’ve been here a few times in the past, and it’s always been fun. Unfortunately, I can’t say that anymore, because this new play pass system takes a great deal of that fun away.

I don’t know the exact technology that’s being utilized, but it’s similar to NFC or Near Field Communication. This is the technology found in most high-end smartphones, that allows you to pay at the check out, by tapping your phone on the credit card machines that support this feature. Think Samsung Pay, Android Pay, or even Apple Pay.

In theory, this would make playing games much easier, especially since you don’t have to lug around all those tokens.

Unfortunately, the way that Chuck E Cheeses has implemented this system, leaves much to be desired. Let me explain how this is likely supposed to work, vs how it ends up working in real life.

The idea is that you simply tap the card on the illuminated pad, located where the tokens used to go, and the game is yours to play. Sounds great, but our experience with this was anything but.

Once you tap the card and play your first game, the timer starts and will continuously run until time runs out. While they make this sound like a convenience to the customer, it really amounts to a ripoff, and here’s why.

When you use tokens, you can play a game, and go back for pizza, or get a drink. It didn’t matter because as long as you have tokens in your pocket, you can keep going back for games, and spend as much or as little time as you desire doing so.

Here’s the problem we had.

The cards don’t always register when you tap them. Most of the time, it took a minute or more, just to get the card to be accepted, and the game to become accessible.

Why is this a big deal?

It was really frustrating and honestly felt like a ripoff.

To make things even more frustrating, when our first card expired, I pulled the other one out of my pocket, only to find that it was expired as well. Apparently, if you walk too close to a machine with the card in your pocket, it can activate and begin counting down, at least according to the staff.

If find this really odd because the cards didn’t work when we physically tapped them to the receiver. What are the odds of them working when you walk by one, with it in your pocket?

That’s what happened, and the staff didn’t know what to do. They were really nice, but didn’t seem to know whether or not they should credit our card another twenty-minutes.

Part of me feels like the only reason they did credit us another twenty-minutes was because I was not very happy.

It was obvious that we hadn’t intentionally used it, because when they pulled up the report, it showed only one game being played during that entire time.

When they decided to credit us, it took at least twenty-minutes just to get it done, because they didn’t know how to do it. Again, they were nice about it but Elliott and I were really frustrated by now.

Once we received our new twenty-minute card, our experience was exactly the same. We wasted so much of our limited and continuously counting time, just trying to get the card to work.

We walked out after this experience, very disappointed and frankly, extremely frustrated.

In my personal experience, the move away from tokens, only benefits Chuck E Cheeses.

As a customer, I would like the ability to not be rushed when spending time with my son. I have so many fond memories of Chuck E Cheeses, and I want my kids to be able to share that same experience. Unfortunately, I honestly don’t think we will return after this.

I realize that I could add more time to the play pass, if I want more time, but that’s not the point. No matter how much time you put on a card, a large portion of that time will still be wasted trying to get the card to work.

Gone are the days of spending an afternoon having fun at Chuck E Cheeses with the kids. It feels like they want to make more money, at the expense of the customer experience. Maybe they want to simply increase turnover or keep people from spending as much time there.

The card system would be fine if rather than minutes, they used credits.

This would allow you to buy fifty credits for the card, just like buying tokens in the past. When you tap for a game, it costs you a credit and not an indeterminate amount of your limited time.

It’s important to understand that all three of my kids have Autism. I don’t mention that for any other reason than to put this experience into context.

I give Elliott all the credit in the world because while he was extremely frustrated, he was also pretty darn patient. He’s still upset about this, and wanted me to write this review to share our frustrations. He’s wants “to warn people of the changes so they know what they’re getting when they spend their money.”

Those are his words, not mine.

I know our $31.00 plus tax, doesn’t amount to anything in the grand scheme of things, but I’d like to be able to take my kids to Chuck E Cheeses, and be able to take our time. With this new system, time is money, and I mean that literally.

I hope you posted about this on their Facebook page, and/or emailed the main office.

They hit me up on Twitter. Someone is supposed to reach out but I’m still waiting..

Sorry that you had such a negative experience with what should have been a fun time. The positive spin on this is that it seems like Elliott handled the unexpected disappointment pretty well – not always an easy thing.

Since you indicated the date, specific location, and specific deal that you purchased, and detailed the obvious flaws in their new system, I wouldn’t be surprised if they reached out to you to make further amends.

Thanks Jimmy. They did reach out and someone is supposed to contact me but I haven’t heard anything from them yet.

I hope you posted about this on their Facebook page, and/or emailed the main office.

They hit me up on Twitter. Someone is supposed to reach out but I’m still waiting..

Sorry that you had such a negative experience with what should have been a fun time. The positive spin on this is that it seems like Elliott handled the unexpected disappointment pretty well – not always an easy thing.

Since you indicated the date, specific location, and specific deal that you purchased, and detailed the obvious flaws in their new system, I wouldn’t be surprised if they reached out to you to make further amends.

Thanks Jimmy. They did reach out and someone is supposed to contact me but I haven’t heard anything from them yet.