Imagine finding this in your mailbox in the morning

Some food for thought. What are male ladybugs called?


The good news is that our A/C is back up and running. I was right because it turned out to be a capacitor. The repair was done in under fifteen minutes. Unfortunately, that isn’t covered under warranty.

I explained that I had been quoted $280.00 over the phone, for the same repair. The tech was really nice, and even has a younger brother with Autism. We talked about that while he was fixing things.

Anyway, he called in and explained what I had been quoted, but they weren’t able to honor the original quote for some reason. They did apply a 10% discount and that took me to $309.23.

Basic math will tell you that I was able to cover the bill, but barely. That leaves me with $3.11 left over.

On the plus side, the boys are feeling much better now. That will eventually translate into life becoming a little easier for Lizze and me. That’s desperately needed right now.

This was such a hard decision to make because while it ended up costing pretty much all we had, the boys were miserable. Elliott is covered with heat rash, and Emmett is constantly melting down.

No one has been sleeping well, and frankly, we’re more exhausted than usual. 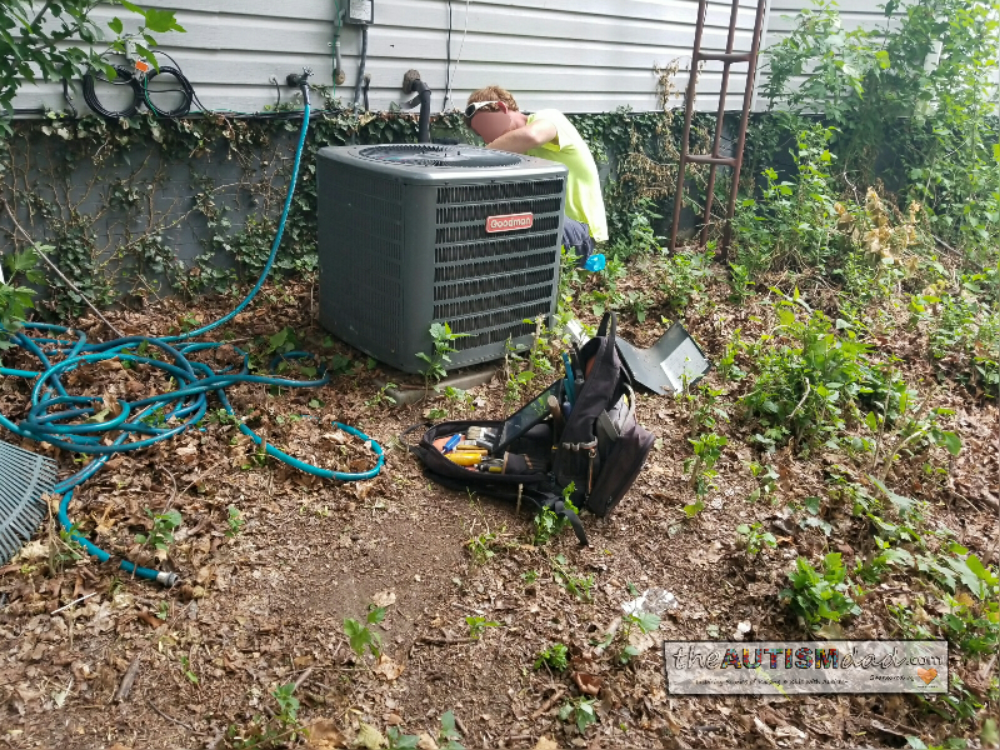 This is one of those situations where if it were just Lizze and me, I would not have made the repair now. It would have been far better to leave the money in the bank. With the boys though, they’re struggling with life on a good day, without having to deal with sticky skin, and ungodly heat or humidity.
Some may not agree with this decision but it’s much easier to make decisions like this when you have nothing at stake.

I can’t spend my time going forward, second guessing this decision. We have to own it, knowing it was the best decision we could make in our current circumstances.

It is what it is.

Sometimes, as Autism parents, we have to make decisions based on the now and worry about the future later.

I have no idea how we will make the rest of the month work, but everything resets at the beginning of July, and all will once again be right with the world. Until then, I’m going to be grateful that we were able to fix the A/C and provide the boys with much-needed comfort.