My wife and I have made a very difficult decision


Lizze was still in a bad place yesterday. She was in so much pain, she could barely move. Unfortunately, that put a dent in our plans to take the boys hiking at Quail Hollow.

We ended up having Lizze go back to bed to get some rest, while I took the boys on my own.

Lizze needed the time off and the boys really wanted to go back to Quail Hollow. I figured that we could probably use some guy time anyway.

We hit the trails that we missed the first time around and hiked for a little under 2.5 miles. Everyone did great and we had alot of fun. It was probably the first day in a week where the heat index wasn’t over 100°F. The weather was warm but pleasant and made for a perfect hiking day. 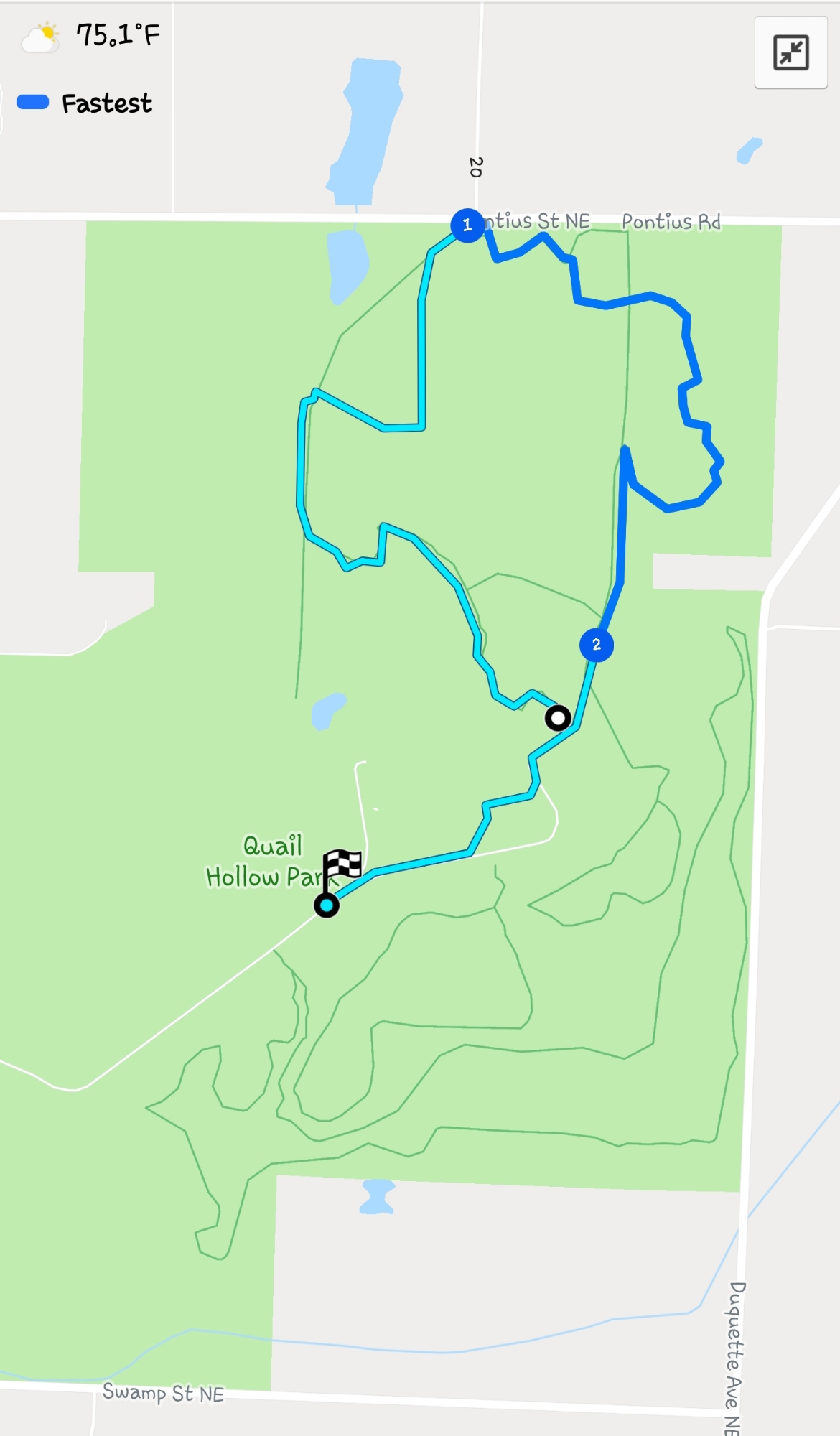 One of the things we tried to do was take trails that we missed or passed by the first time. Most of those trails seemed to basically cut between the main ones, so there was a little overlap but we saw lots of new things.

One of the worries we had was that due to the huge amounts of rain the night before, the trails would be flooded or super muddy. Emmett doesn’t do mud because he can’t stand his shoes getting dirty. There were some muddy areas but very little in the way of flooding.

On top of that, Emmett did really well with the mud. He avoided it at all costs but did what he had to in order to get by certain areas.

Something else that was a little different this time around was the boys brought their phones and tablets along for the trip. The reason for that is they wanted to take pictures of places along the way like Lizze and I had.

I was totally on board with that because photography is something very positive they can get into and I want to encourage it.

It was a great day for guy time and while we’ve hit all the trails that we are aware of, there’s still the historical buildings that we want to visit when they are open. We’ll return for that when Lizze is feeling better.

Here are some new photos from our trip. Just click on the first image and from there you can scroll through the enlarged gallery.