How far would you go to save your child’s life?

He was arrested and charged with armed robbery and bank robbery.

Apparently, on August 12, 2015, Randolph entered the Vibe Credit Union in South Lyon, Michigan and handed the teller a note demanding the money. He also indicated to the teller that he had a shotgun hidden in his clothes although never actually showed the teller because he was in fact, unarmed.

After he was arrested, he explained that he robbed the Credit Union out of desperation.

As it turns out, his 1 year old daughter Brailynn Randolph has cancer, more specifically, retinoblastoma.. This is cancer that forms in the eyes.

She’s receiving chemotherapy every four weeks and due for her next treatment very soon. He was so desperate to pay for his daughters treatment that he robbed a Credit Union to do it. 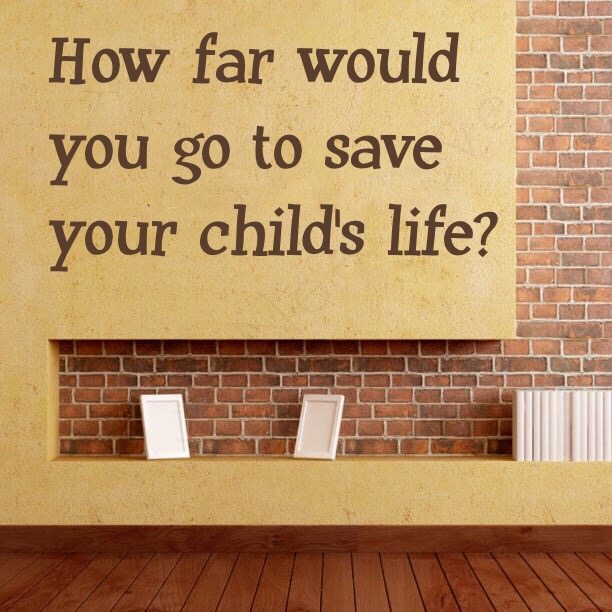 The article doesn’t go on to explain why he needed the money for the treatments but my guess is that he and his girlfriend are either uninsured or insurance wasn’t paying for the treatment.

Here’s my question to you.

If your child was battling a serious illness like cancer and you had to pay out of pocket for their life saving treatments like chemotherapy, how far would you go to get the money needed to potentially save your child’s life?

Should he have robbed a bank? The simple answer is no.

The problem is that this is far from a simple situation.. He wasn’t robbing the bank to support his drug habit or because he was too lazy to work. He robbed the bank because the clock was ticking and his child with cancer desperately needed her treatments…

Stealing is wrong but I’m of the opinion that the bigger crime here is that we as a society, wouldn’t just provide a child with cancer, life saving treatment because we valued the life of this child.

I don’t know if you remember the movie John Q but it was a similar situation. A father, desperate to save his child’s life, was forced to take extreme measures because insurance refused to cover a life saving treatment.

Ask yourself this one question. How far would you go to save the life of your child?