Oops.... We overslept by a lot this morning -

I have some bad news to share about Gavin

Oops…. We overslept by a lot this morning

I had a rough time falling asleep last night, as did Elliott and Emmett.  Gavin on the other hand, was out like a light. Zzzzzzz

No one wanted to get up this morning and we over slept by a good 30 minutes, which made the morning a bit chaotic and totally rushed.

If you know anything about kids on the Autism Spectrum, you know that rushing them, doesn’t usually end well for anyone. 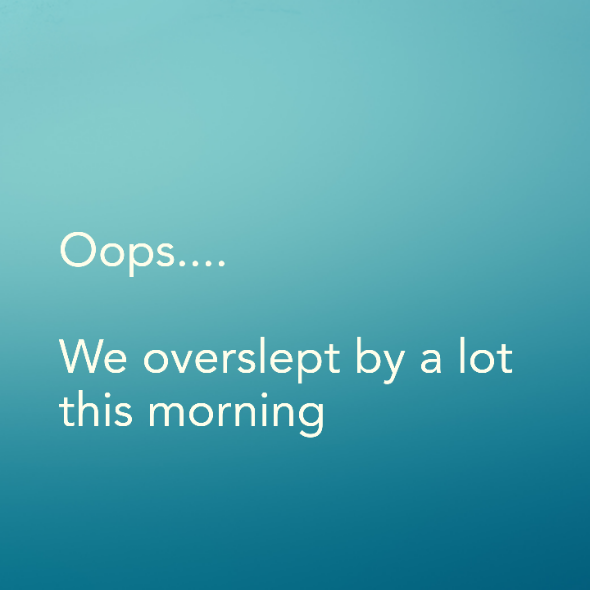 Having said that, both Elliott and Emmett did really well under the pressure and I’m super proud of them.  They were a tiny bit late to school (by my standards) but they made it in plenty of time.

I’ve now have to fight off the exhaustion and get some stuff accomplished today.

My schedule is wide open, so I’m going to take advantage of that and get caught up on as much as I can today…