Please keep Elliott in your thoughts

I’m going to be as straight forward as possible because I’m hoping that this will not only help me but others as well.

My life hasn’t been easy, even before the demise of my marriage and birth into single Fatherhood.  Since then, the challenges have grown exponentially and I’ve paid a very high price for that.

I’ve been at war with depression for as long as I can remember.

As my life had gotten more difficult, depression has increased its strangling hold over me and I feel as though I’ve reached a point where I have to draw the line.  I’ve managed until now and truthfully, I’d probably still manage to some extent, if I did nothing more than I’m doing now.  But that’s not good enough.

I’ve been on meds for a long time and a second one was added a few months ago and frankly, I don’t know if it made a difference.

I’ve reached a point where I struggle to even write anymore and as a result, ad revenue has tanked.  I used to write up to a dozen posts a day and it was helping me to process everything.  They were usually short little quips about something going on in my life at that moment and I had massive amounts of traffic as a result. ☺

Not being able to focus has really impacted this part of my life and made supporting my family, that much harder. It was never more than a few hundred dollars a month but that paid for the site and helped with my family.

I’ve been trying to find a local psychiatrist that has a decent reputation but there is a shortage in Canton, Ohio.  I’ve been seeking referrals from other professionals I trust and I’m being met with, a good psychiatrist is really hard to find in our area and I can’t get a good recommendation.  This doesn’t surprise me in the least because I haven’t been able to find one either.

Having seen what a bad psychiatrist can do to someone, I have to be very selective.

That being said, I’ve been on the phone with my PCP today and have asked about adding Abilify to my arsenal.

I’m waiting to hear back this afternoon, one way or the other.

My next step will be to expand my search for a psychiatrist outside of Stark County and into Akron.  Akron General has what is supposedly one of the best Psychiatry departments in the State of Ohio. 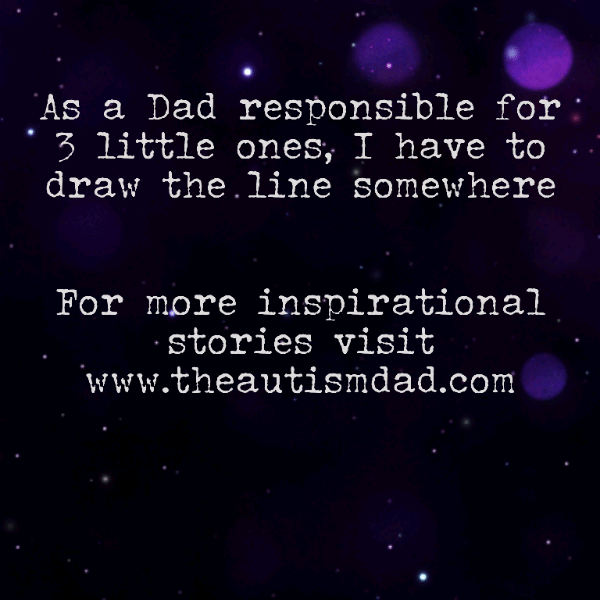 The downside is that it’s a drive and I’d be more of a number, than if I could find a good, private practitioner.

All I know is that something has to give.  I’m tired all the time.  I’m lacking in motivation but I’m not lazy. My writing has gone to shit and I’m using food to cope.  That’s not okay and it’s wholey counterproductive to my efforts to lose weight/get back in shape.  I feel guilty for all of this and that just makes things worse.

Sleep or rather lack there of, is probably my biggest problem and is a massive contributing factor to all of this.  Sleep is so important and not getting nearly enough, on a chronic basis, is not a good thing.   Between the kids, my mattress and the nightmares, my tank runith dry.

Everything I have, I give to my kids.  It’s not enough but I’m the last one standing and really all they have left to rely on.  I give and do so as any parent would or at least should but it’s to my own detriment, thus becoming a cycle of insanity that I have to break, if I’m to move my family forward.

And look……  It’s easy to sit back and pick this apart.  It’s easy to be critical of things that you don’t understand because all you have is a one dimensional post to go off of.

The problem is that there aren’t any simple solutions.  I’ve already done what I could, while being practical at the same time.  If I’m not practical, than keeping up with anything new will be much more difficult and I can’t afford for that to happen.  At the same time, I’ve run out of practical options and seeing as doing nothing isn’t an option, I’m left with having to dip my toes into a different approach.

I know I preach taking care of oneself but it’s not as easy as it sounds.  If it were, more of us parents would be taking better care of ourselves.