Now that the kids are healthy once again, I’m free to worry about all the other things on my plate


The boys all went to bed without to much of a problem.  Gavin on the other hand was having some problems. He started with a stomach ache and I gave him some Tums.  A bit later he came back down in tears, terrified he was going to vomit.

As he was getting nauseous, I fell back on my last resort and that was to give him a Zofran.  It’s why we have them and I can’t take any chances with him.

He was able to fall asleep, as the stomach pain subsided.

It’s so hard to know what’s what with him because he experiences things differently than most and has pretty much zero expressive language skills.

I find it heartbreaking because there’s only some much within my power that I can do to help him.  He’s sleeping now and that’s something right? 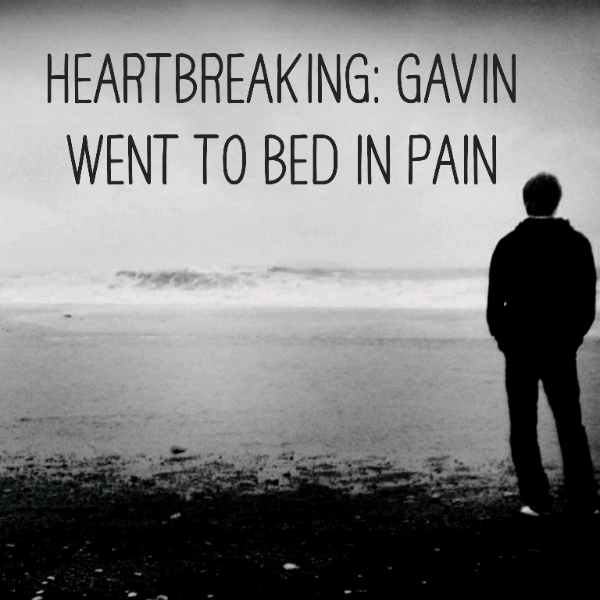