Now that the kids are healthy once again, I'm free to worry about all the other things on my plate -

Now that the kids are healthy once again, I’m free to worry about all the other things on my plate

Both Elliott and Emmett will be returning to school today.  This will be Elliott’s 2nd or 3rd day back but Emmett’s 1st. I love my kids to death and would do anything for them but goddamn if I don’t need a break every once in awhile.

Emmett has been glued to my side, day and night (well, more so than usual anyway) since he’s been sick.

Having a little bit of breathing room will be quite refreshing.

It sounds great and it is, don’t get me wrong but there are other fires that need to be put out now and rest just might not be in the cards for me at this time.

I have no idea what’s going to happen with the car until sometime tonight. I have no clue how bad it is or how much it’s going to cost to fix it. That’s a big worry because Emmett’s got an important dentist appointment Friday morning and I don’t want to have to reschedule it. 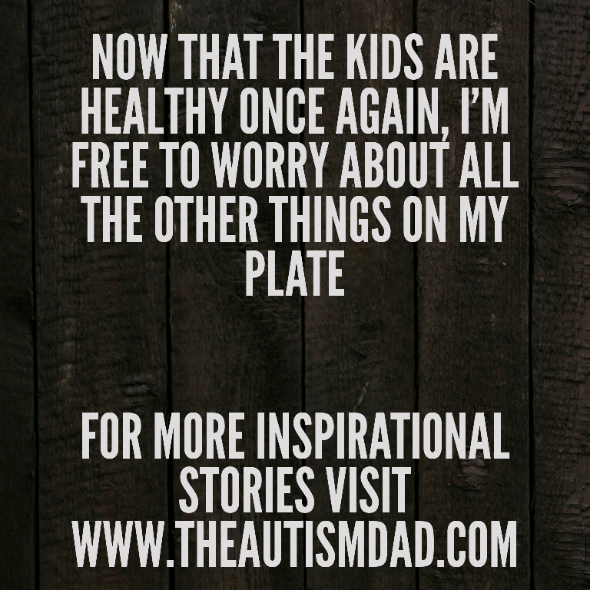 I’ll dedicate a post to this later but ad revenue was under the threshold this month and so if my efforts are to stay online, I’m going to need figure something out, that doesn’t take food off the table.

It’s actually a bit depressing now that I think about it..  The kids are better, which is great but it now frees me up to worry about everything else. That’s a sorta Debbie downer view but at the same time, it’s the reality of the situation…..