Everyone went to bed without a problem and Emmett was asleep almost as soon as his head hit the pillow.  Unfortunately, Elliott was unable to sleep because he’s hyper focused on something to do with an old friend who left the school last year and he couldn’t shut his brain off.

He was so upset that he ended up with nausea and a headache. 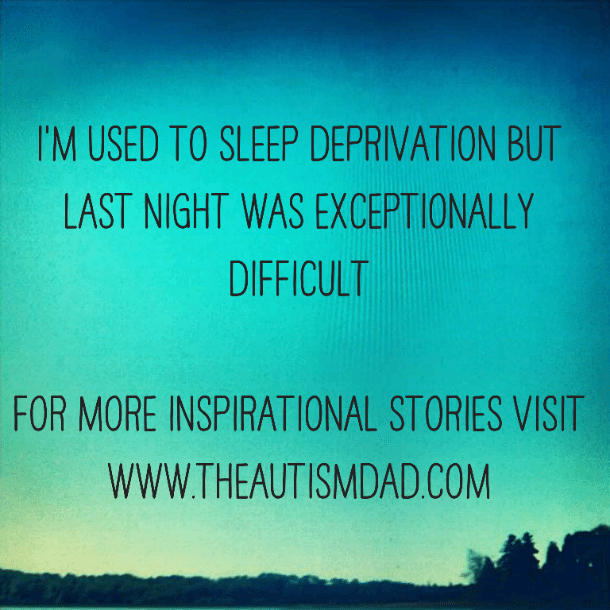 I had him lay down on the couch while I played with his hair and scratched his back to help him relax enough to fall asleep.  He fell asleep but woke up a short while later and didn’t go back to sleep until almost 3am.

He spent a large part of the time writing on his tablet and he asked that I share this with all of you, in hopes that he may reach his long lost friend. 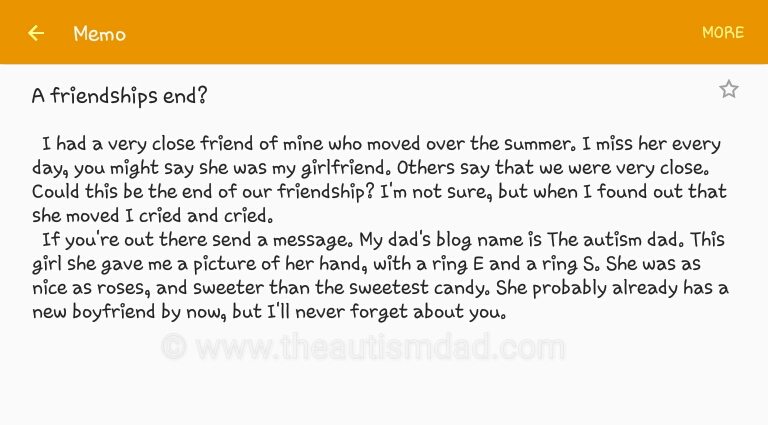 Does it get any sweeter than that? I’m pretty sure it doesn’t.  Although I think it was last year that she left, perhaps it was this past Summer. Life just blends together at this point in time.

He finally fell asleep around 3am, at which point, my eyes slammed shut.  Next thing I know, Emmett’s awake and not going back to sleep. Then Elliott wakes up and won’t go back to sleep either.

They each had their own thing driving their alertness and there wasn’t anything I could do to help them go back to sleep.  By this time, I’m barely functioning and have limited memory.

When it came time to get ready for school, Emmett was quite unpleasant, while Elliott was fully engrossed in cyclical thought. They did end up going to school in a pretty good mood, so at least there’s that…

As for me, I’m pretty much exhausted beyond all reason.