Holding My Breath: Getting ready for a significant change in Emmett's routine -

How many of you understand what it’s like to be in survival mode?

Just a couple of the weird things that went on today

Holding My Breath: Getting ready for a significant change in Emmett’s routine

This will be the last week of normal routine before everything changes.

Beginning next week, Emmett and Gavin will go to only having OT and Speech every other week. Emmett’s reached all all his goals in PT, so we’re taking the summer off and doing a reevaluation before the new school year.

Gavin’s speech therapist said he could go down to every other week, in order to make the schedule more manageable.

This will be tough for Emmett in particular because he’s very dependent on his routine.  We explained everything to him and he understands.  He doesn’t seem to be too upset by it but the true test will be next Tuesday, when he won’t have a therapy appointment anymore.

What I’m going to do is try and fill those off Tuesdays with something special, so he doesn’t have time to stress out over not having the appointment.

Gavin on the other hand will be just fine.  He will have homework on the off weeks and he doesn’t seem to be against that at all.

While it may seem like a simple change in schedule, it goes much deeper than that for Autism families. 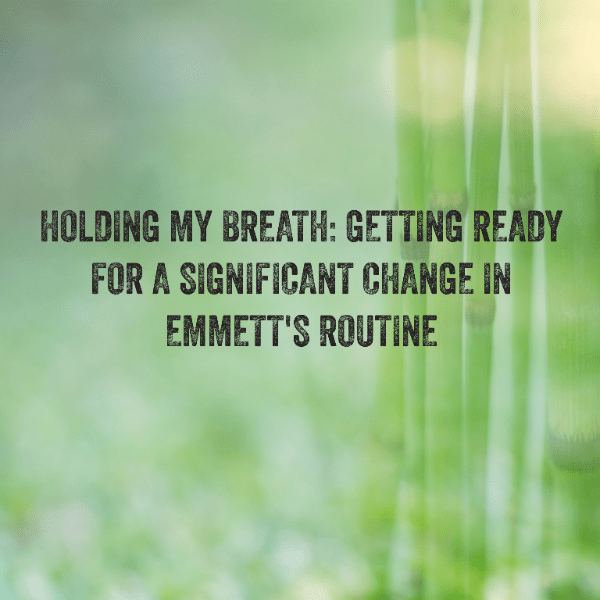