The importance of redirection for #Autism #Parenting   -

A rough start to the day

When Sh!t Happens Focus On The Blessings

The importance of redirection for #Autism #Parenting


The boys driving me crazy aside, we’ve had a pretty good afternoon. We spent the first part of the day just sorta relaxing at home. I was even able to take a desperately nap, courtesy of my amazing wife.

As the afternoon moved on, the boys were really testing me, especially Gavin.

I decided that the best thing to do is redirect or change our current course, at least for a little while. I told the boys to get dressed because we were going to the park. It’s roughly 50°F and mostly cloudy today, so it’s not particularly pleasant outside. At the same time, the direction we were heading in would be unpleasant as well.

The art of redirection is an essential tool that all Autism parents should probably have in their arsenal. It involves shifting focus off on something negative and refocus it on something more positive. The desired result is one in which the child in question can move passed a distressing situation.

Redirection is especially useful when trying to defuse a pending meltdown. 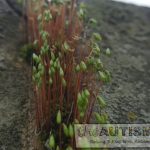 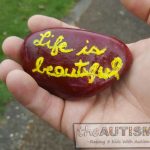 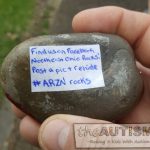 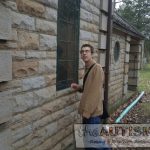 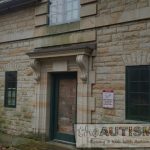 Anyway, as I was saying…
Lizze was going to lay down while we were gone because the weather is taking a lot out of her. It’s a Fibromyalgia thing.

Before we left however, she decided to join us and that was really awesome. I know it wasn’t easy,  but both her and I are trying to make healthier choices. I totally commend her for that. ☺

We went to the garden center and then went for a light hike/walk.

All said and done, we did a little under two miles. I’m pretty happy with that and it’s certainly better than staying at home or skipping the exercise altogether.

We did succeed in redirecting the boys and that seems to have hit the reset button for them. Although, as I’m writing this, I can hear them starting to squabble.

Anyway, I think it’s really important to change course when things seem to be headed in the wrong direction. Sometimes it works out well and other times, not so much.

Regardless of the outcome, I know I did my best to keep everyone on track and moving forward.

Sounds like a great day in all, well done 🙂

Sounds like a great day in all, well done 🙂