My son with #Autism is driving me crazy today - Here's why -

The latest mile down the road to crazy he’s taken me on, has to do with his IVIG Infusion.

We got his infusion started over an hour ago. I had to work with him because he was paranoid the infusions sites were leaking. I assumed him that they weren’t and I explained that it’s good to check things out if he thinks something is wrong but worrying too much isn’t a good thing.

Between his excessive fear of the infusion site leaking and his desire to get his game started on the Playstation, he overlooked something g really important when it comes to these IVIG infusions. He forgot to turn the flipping pump on.. 😯

As it turns out, he’s been sitting there for over an hour, obsessing over the idea that it was leaking, and the dang thing wasn’t even turned on. Nothing can leak of it’s not turned on..

This little oversight is going to push the whole evening back, at least an hour or so.

Damn right I am! 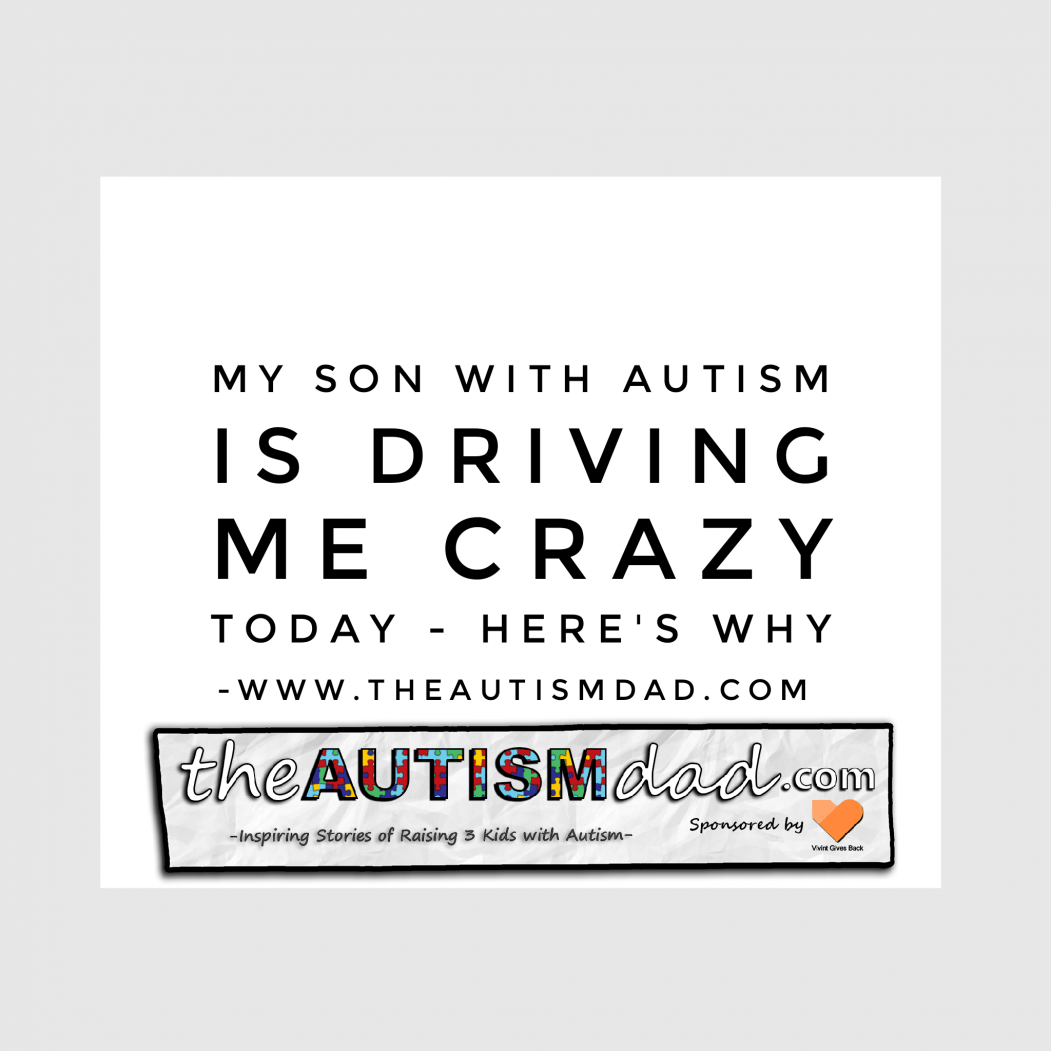 We had agreed that he could check to see if it was leaking, every 5cc’s. This way he could check and feel better, while not obsessing over it.
He’s been checking for over an hour and didn’t notice that the infusion wasn’t moving. It wasn’t until I double checked things, that he realized he hadn’t turn the pump on.

I made him turn the video games off because he was hyperfocused on playing his game and failed to notice something was wrong.

He needs to be able to manage as much of this process as possible and if there are distractions that are taking his focus away from the task at hand, we simply remove the distraction.

I know he’s capable of this, so handling it this way will help to remind him to prioritize things. At least I hope it helps, but who knows.

Either way, our day is winding to a close and I’m really looking forward to some down time tonight.

What do your kids do that drives you crazy?