It’s been well over a month

Did I do well enough today?


I’ve had a longer day than normal today. I already shared that I was up with Emmett last night because his nose was really stuffy. You might be saying to yourself, everyone’s nose gets stuffy, why is that a big deal? To put it simply, it’s a sensory thing.

Emmett has never done well with a stuffy nose.

I don’t know what he experiences when his nose is stuffy, but if it’s in line with the way his brain perceives many other stimuli, it’s a nightmare for him.

Last night, he finally fell asleep while snuggling on the couch. He had found a position he was comfortable enough in to fall asleep. Unfortunately for me, that position was partly on the couch and partly across my chest. 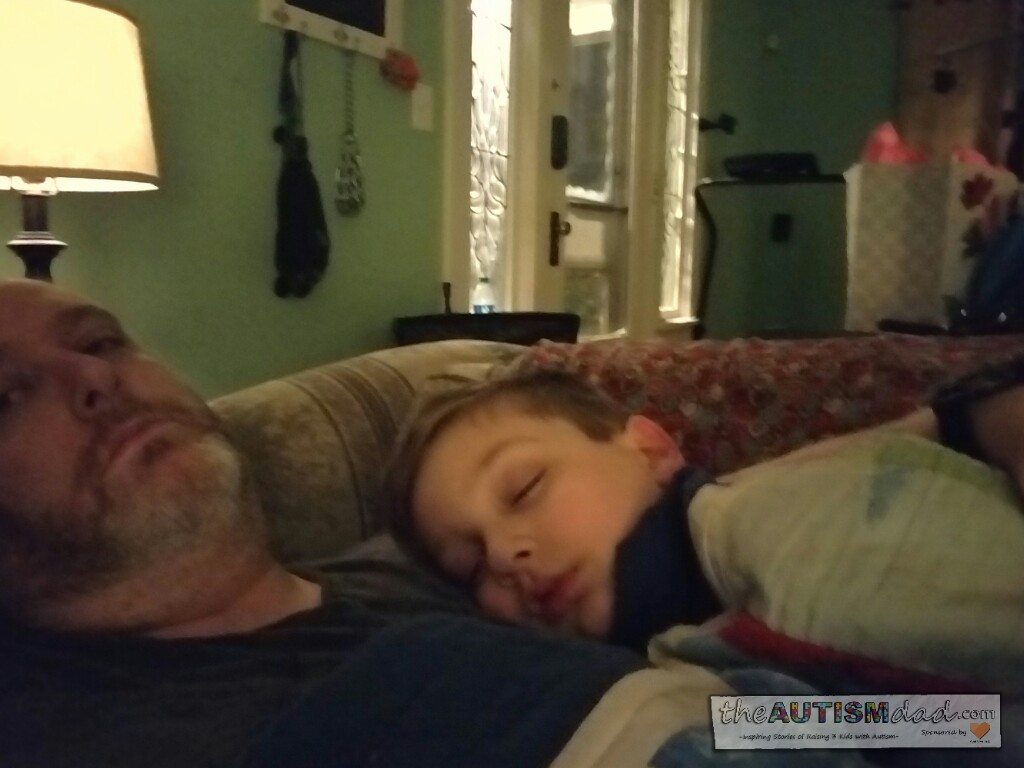 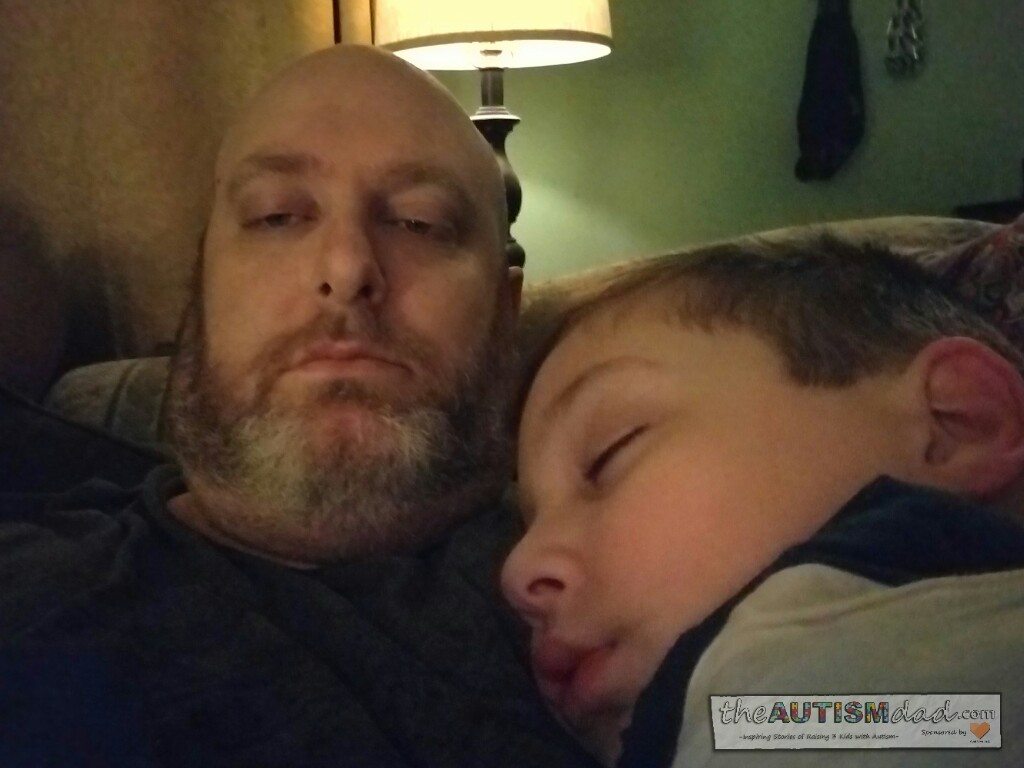 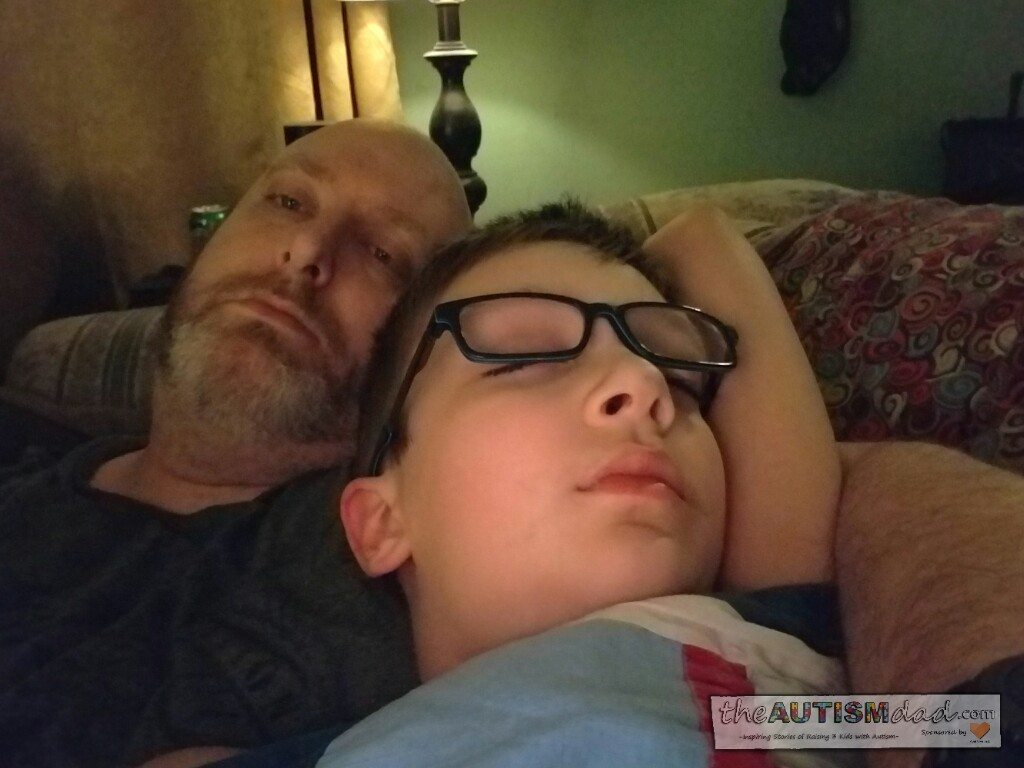 I was pinned to the couch, afraid to move because if he woke up, I didn’t know if he would ever go back to bed.

After he’d been sleeping for about an hour, I carefully slid out from underneath him and moved to the tiny, adjacent couch. I tried to sleep there but after a few hours, I gave up. I dozed off, after I was able to trade spots with Emmett cause he woke up briefly and squished himself on the tiny couch I was on. ☺

Anyway, tonight has been another repeat of last night. This time however, he was able to fall asleep on the smaller couch, so I can at least try to get some sleep..

I’m happy to be able to help him sleep, but I wish I could sleep in my own bed.

Autism and it’s cohorts, can impact so many different facets of life. These areas of impact are often places that people wouldn’t even think of, like a simple stuffy nose. 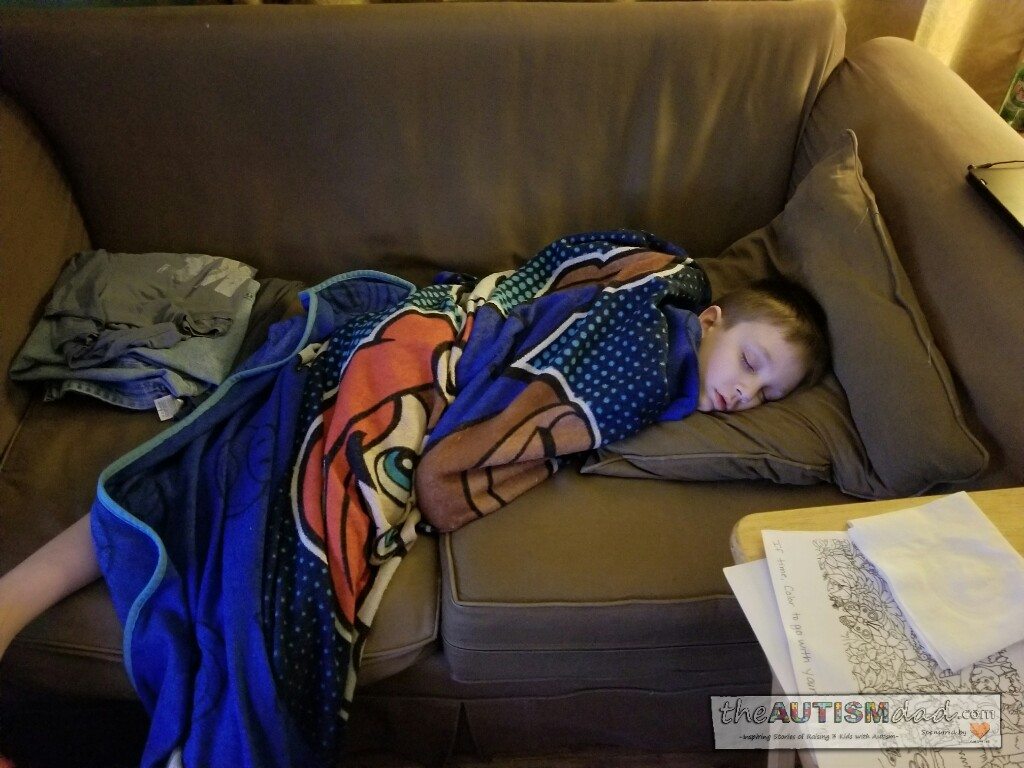 Unfortunately, I’m on my own once again because Lizze wasn’t doing well today. She went to bed a little before 6 PM. I’m not sure what’s going on with her the last few days but she’s really been struggling.

I know she’s been in a great deal of pain and that can take a toll.

I’m hoping she feels better in the morning because I hate seeing her this miserable, and I need as much help as I can get. I can’t do another night like the past two. I end up crashing after I get the boys to school, and nothing gets done.

Life isn’t easy with three special needs kids, and a disabled spouse. Some days are better than others. The last few days just happen to be pretty rough. There will certainly be better days coming down the shoot and it’s important that I not lose sight of that.