I’m a frustrated #Autism Dad, and here are a few reasons why

Why it was a sleepless night for this #Autism Dad


When you’re special needs parents, being exhausted, overwhelmed, anxious, and frustrated, is sorta of the status quo. It goes with the territory, and we all experience this from time to time.

Today, was one of those days where Lizze and I were so stressed out, that it created some conflict between the two of us.

Conflict isn’t something unheard of in a marriage, and ours is no exception. What often happens, is we become so stressed out, and overwhelmed, we end up allowing it to come between us.

We spend our patience on the boys, and don’t always leave enough for each other. We’re both spent, and that can lead to silly disagreements, which can lead to some that aren’t so silly.

The reality is that when we’re so overwhelmed, little things that wouldn’t otherwise be anything to write home about, can take in a life of their own. Despite these moments of conflict, we almost never have a disagreement in front of the kids. Our goal, whether we are experiencing a disagreement or not, is to always present a united front.

Tonight, the boys were long in bed, and fast asleep before we briefly veered off course.

Lizze and I were both frustrated, from our different perspectives, rightfully so. I don’t know that I would consider it an argument, but it was an emotional conversation. 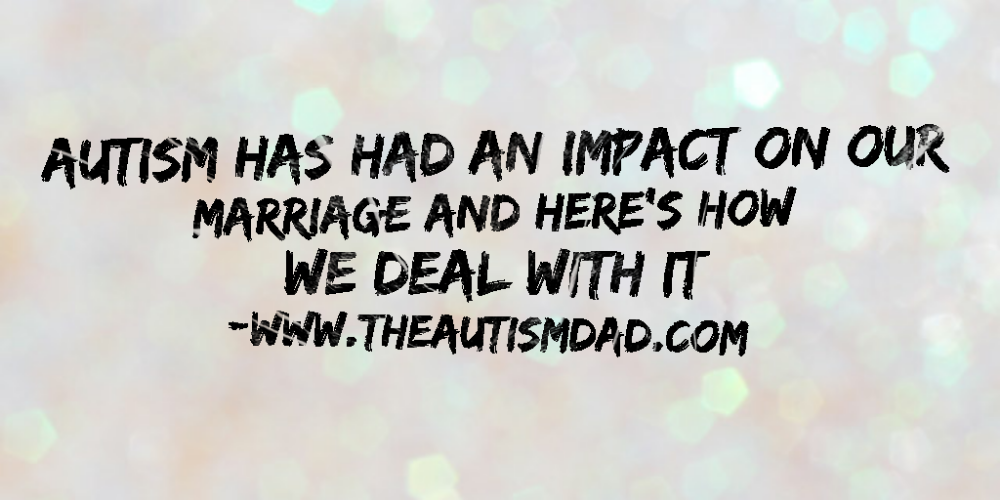 During these emotional conversations, we both do our best to avoid saying things we will later regret. Neither of us is perfect, but I’d say we do pretty okay in avoiding regrettable words.

Tonight, we both needed to purge, and sometimes there’s no other way to get to the root of what’s going on.

Once we’ve vented for a little bit, both of us feel better. Once we decompress, we can have a productive conversation, and better understand where the other is coming from. This is the process we sometimes need to go through in order to resolve the problem.

At the end of the day, the problem was never anything major, it can just feel like it is in the moment.

The truth is, as parents to three special needs kids, we do everything in our power to avoid taking our frustrations out in the kids. Unfortunately, that sometimes means we take it out on each other.

At the end of the day, we work it out, learn from it, put it in the rear view mirror, and keep moving forward. We’ve come a long way in the last sixteen years

I would never claim to have a perfect marriage, but there’s no one on this planet I’d rather be imperfectly married to than Lizze. ♥