The 45 minutes of #meltdown HELL -

Will this end the day on a positive note?

This can really take it out of an #Autism parent

The 45 minutes of #meltdown HELL


Lizze and I took the boys to the park tonight. We even got them to walk over a mile. That may not seem like much, but sometimes it’s actually a major accomplishment.

Everyone did awesome while we were there, but we almost didn’t make it there in the first place.

Emmett had a massive meltdown prior to actually leaving because he was freaked out over his shoes. He couldn’t decide which pair was going to bother him less. This went on for so long that I almost gave up on going altogether. 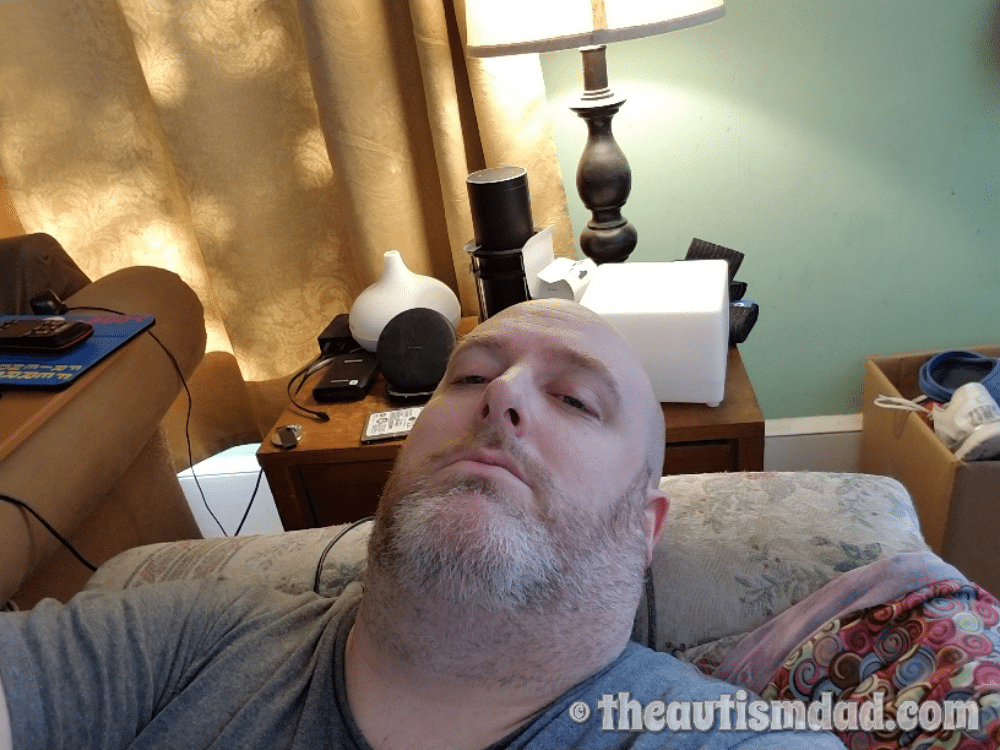 This was about halfway through the meltdown and I was getting ready to just give up on life.. lol

It took forever to work through this one, because he was so upset. He wanted to go, and was even more upset because he couldn’t go unless he made a decision.

We tried for close to 30-45 minutes to help him through this before we were finally able to leave. Once we were there, he had to stop and fix his crocs a few times but that’s part for the course with him.

The part that’s worth celebrating is that he was able to work through this. I know it took time, but there are many times where he is never able to reach a decision, so this is a positive thing. ☺

I’m glad you were able to find the positive, Rob! That’s important!!!

Thanks Heather. How are things going with you? Haven’t chatted in awhile

I’m glad you were able to find the positive, Rob! That’s important!!!

Thanks Heather. How are things going with you? Haven’t chatted in awhile