A MAJOR Victory flew under the radar yesterday


It’s been the longest night ever, well at least recently anyway. For the second night in a row, Elliott hasn’t slept. Monday going into Tuesday, I think he got about two hours and that’s it. He did okay at school the following day but last night was really rough.

This time however, Emmett was awake to join him.

Elliott never went to bed but Emmett woke up from a nightmare and was too afraid to go back to sleep. When 7 AM rolled around this morning, they were both so exhausted that there was no way we could send them to school. They would be setup to fail and that’s not the right move.

Both boys went to bed and are currently sleeping. Our goal is for them to make it to school and end up having a half day. That maybe wishful thinking but that’s the goal.

It’s important to understand that because my kids are Autistic, and therefore much more sensitive to well, pretty much everything. The worst thing we could do would be to send them to school after a night like they had. As I said above, we’d be setting them up to fail. 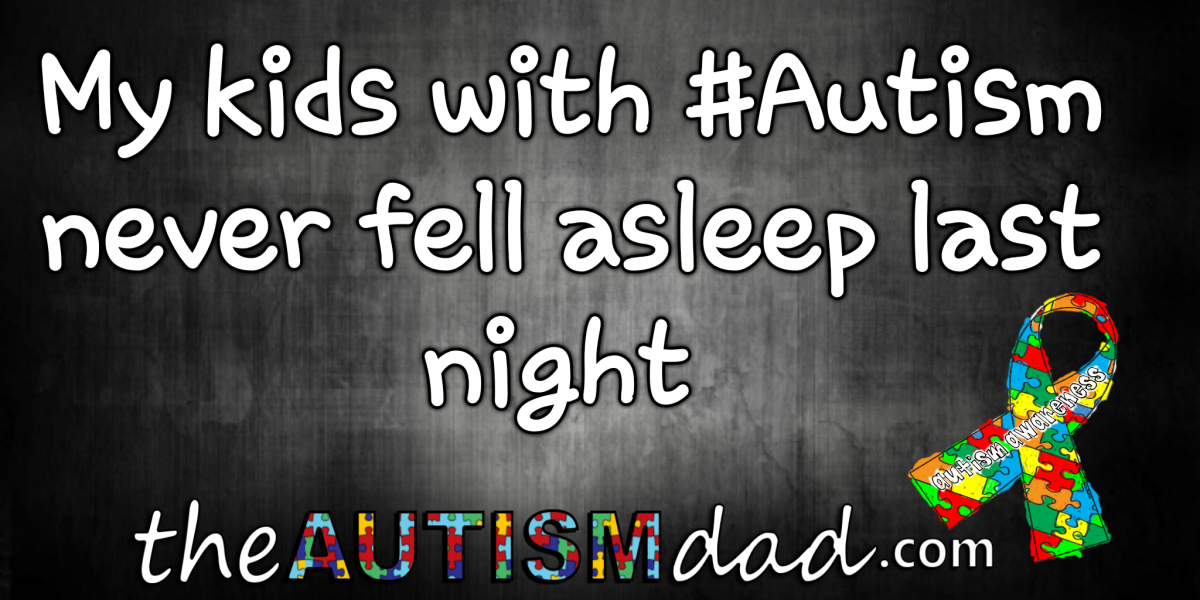