One of the things I mentioned that had come to light during Gavin’s visit to the Gastroenterologist last month was that Gavin is having a hard time swallowing. Why we were only just hearing about that is just one of the many frustrating things about trying to manage Gavin’s health.

He simply didn’t think it was worth telling us about. WTF??

This kid tells me every bizarre thought that pops into his head and it drives me fricking crazy but when it’s something this important, he says nothing. Aghhhh 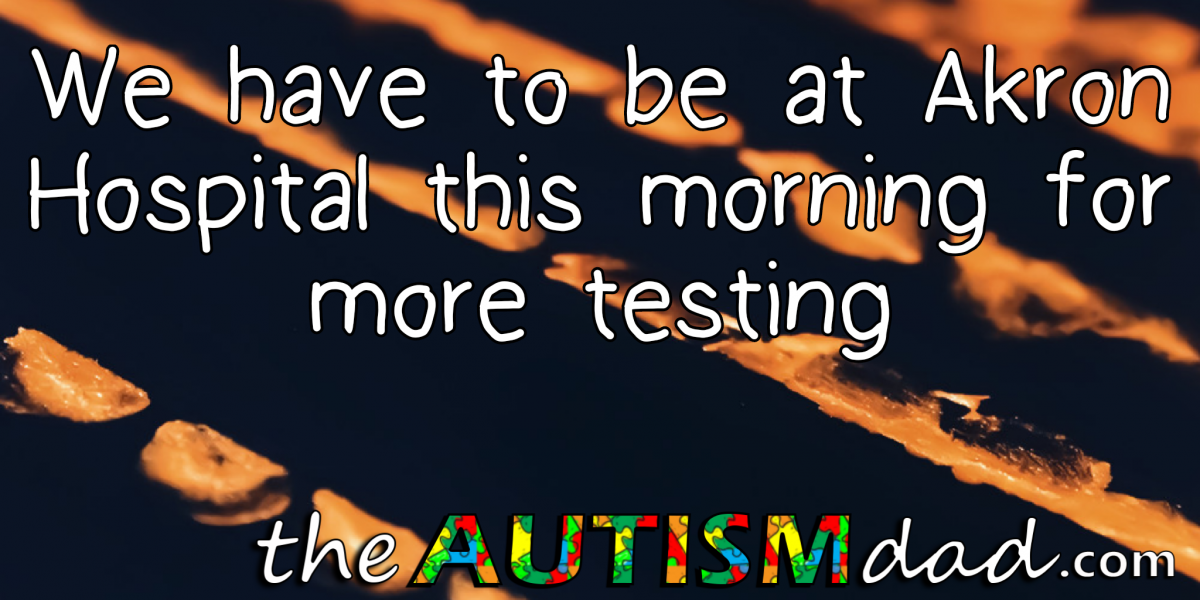 Anyway, in a few hours, we will be heading to Akron Children’s Hospital because Gavin is having a swallow study done. This is where he’ll be drinking a liquid laced with something that makes it show up on x-ray and they basically watch what happens when he swallows.

They’re looking for anything that indicates a mechanical problem or any other reason could be causing him to have problems swallowing.

I’m really frustrated with Gavin over this whole thing. Not because he’s having problems. That’s not his fault but rather because out of all the things that have come out of his mouth, Dad, I’m having a hard time swallowing my food when I’m done chewing, wasn’t one of them. I’m not mad but it concerns me that he would let something like this go without telling us. What else has he or will he let go, without telling us?

Today’s test is just the first of several that are coming up. We’re trying to address the more recent health issues that have surfaced because we’ve finally got the major ones, mostly under control, at least at this moment in time.

Some of the things that had been on the back burner, are being moved up and getting worked on. Today is the first of two trips to Akron Children’s Hospital this week..