I had the coolest experience with my kids tonight

It’s going to be a guys weekend

Poor Emmett is not doing well

I had the coolest experience with my kids tonight


I mentioned previously that it’s a guys weekend because Lizze is out of town with her Mom. It’s weird without her here but it’s healthy for everyone to get a break from everyone at times.

The boys and I ran a few errands before heading to the park.

Unfortunately, between Emmett not feeling well and an outdoor wedding, our plans reverted to getting ice cream before heading back home. 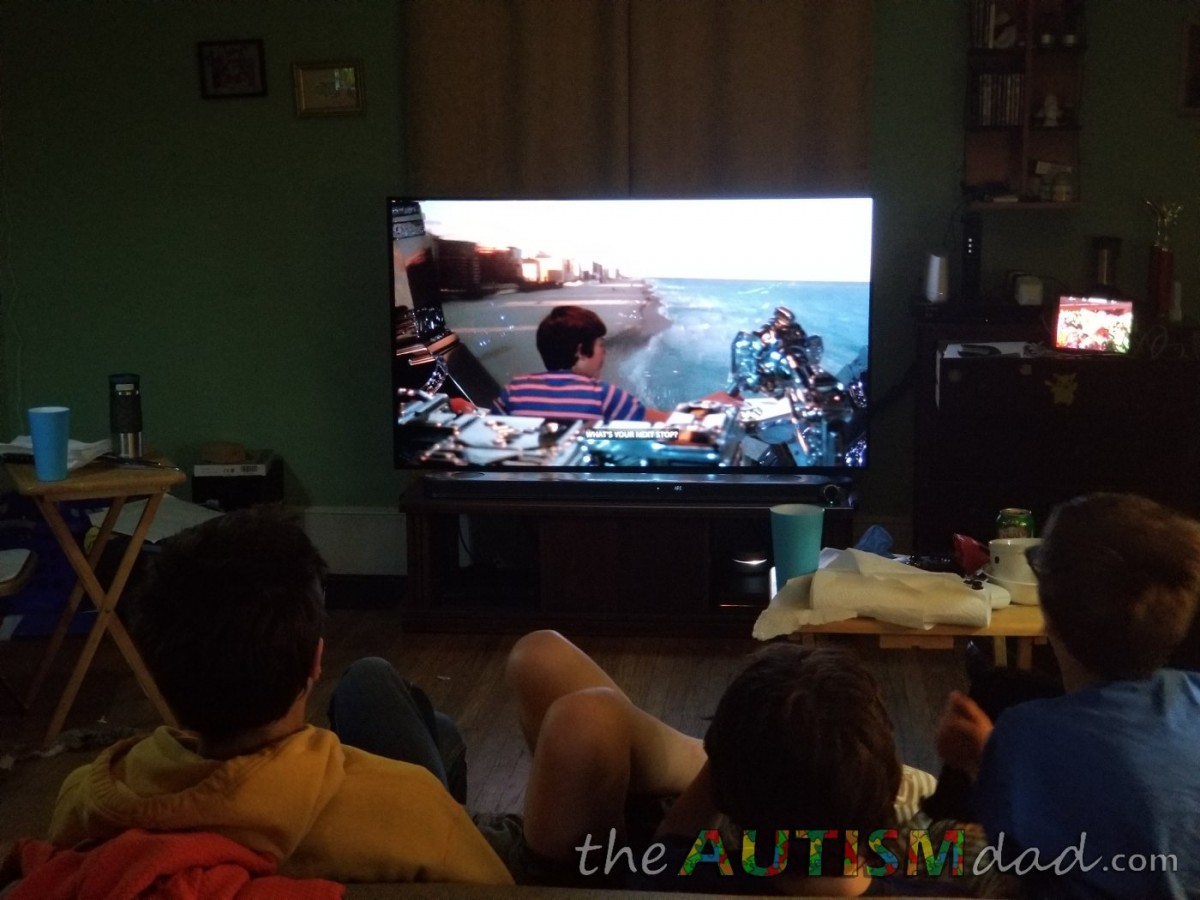 We were trying to decide on a movie to watch together and I insisted it be something they’ve not seen before. I wanted them to try something different and maybe learn something new.

As we were trying to decide and going through trailer after trailer, something popped into my head.

Out of nowhere, Flight of the Navigator came to mind. I haven’t seen that since I was a kid but it was one of my all time favorite movies.

All I had to do was press the microphone button on our remote and say Flight of the Navigator. It popped up on the screen and was available to rent. I jumped on it and rented it right away.

The boys wanted nothing to do with it because according to them, the graphics suck. By that they mean the movie looks dated and the special effects leave much to be desired. Despite their passionate protests, I insisted we watch it.

The first few minutes were a bit rough for them because they aren’t used to seeing movies this old. I explained to them that some of the best movies of all time aren’t even in color. All I asked is that they give it a try. I loved this movie when I was a kid and I wanted them to experience it as well.

Once we got through the first couple of minutes, the boys stopped complaining and I began hearing them discussing the movie instead.

Within twenty minutes, they were glued to the screen. They absolutely loved the movie and not one of them got off the couch the entire time. It was so cool to see them appreciating something that was different than what they were used to.

I love that they loved it.

This was a perfect example of not judging something without first giving it a chance.

Considering their level of interest, I’ve already begun planning the next movie night. I’m thinking Goonies or maybe Gremlins. Either way, I’m so proud of them for trying something new.

I think it’s important to challenge them from time to time. Nothing crazy because as with many on the Autism Spectrum, they have their limits.

It felt good to expose them to movie from my childhood and have them actually enjoy it enough that they want to see it again.

I got to have the coolest experience with my kids tonight and I can’t even begin to explain how grateful I am.. ☺