I’m looking forward to this week for 1 big reason

Keeping The Children Occupied During The Summer Break


I’ve talked many times about Gavin and his many challenges. I’ve confessed to being frustrated and overwhelmed by his behaviors on many occasions as well.

It’s no secret that everything he goes through is absolutely heartbreaking to me. I think it would be for anyone with a soul.

One of the reasons that it’s so heartbreaking for me is because while it’s true that Gavin is blissfully ignorant of his challenge on most days, there are days he becomes aware of them.

Yesterday was one of those days where my frustration got the better of me and it just happened to coincide with Gavin being aware of something he was struggling with. 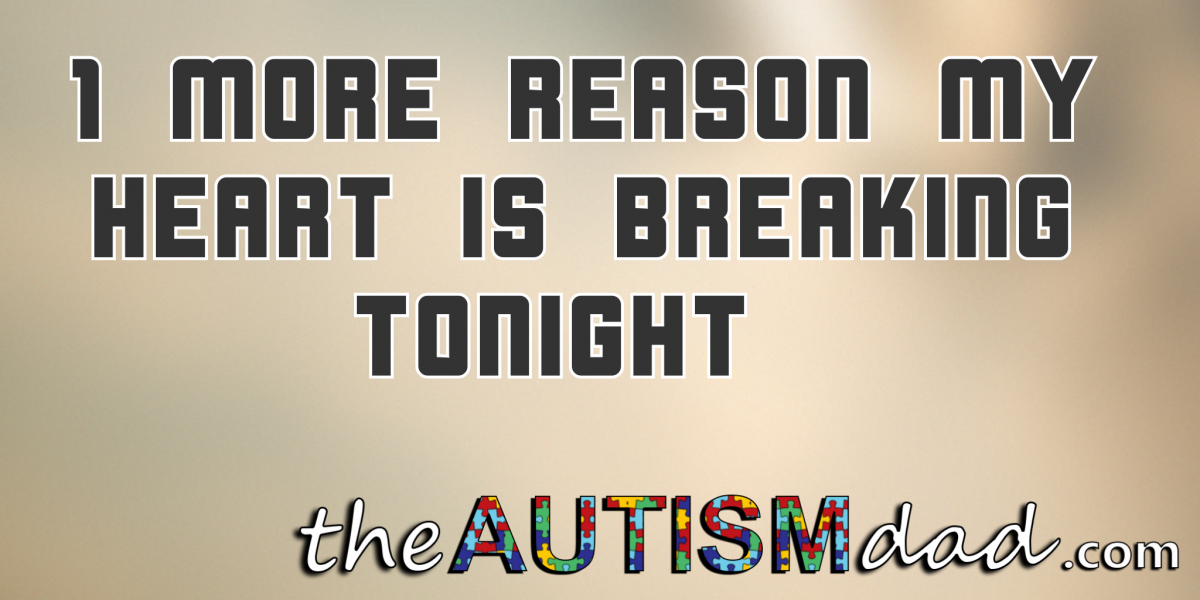 I don’t remember everything that happened because frankly, there was just too much to remember but it basically had to do with Gavin talking incessantly.

I lost track of how many times I had to stop Gavin from talking because he was bombarding people with endless banter about his tablet games. We didn’t go anywhere today so it was just us that was being subjected to his constant talking but that was bad enough.

The boys were getting annoyed and overwhelmed. I was well passed my limit and had already pulled him aside quite a few times already.

The last time I pulled him aside, he became very upset. He wasn’t upset that he had been driving everyone crazy but rather that he couldn’t remember to stop talking. It’s like all of a sudden, he remembered all the previous times I had to tell him about talking people’s ears off and it upset him.

It’s not his fault and I know he’s not doing anything on purpose. That doesn’t make it easier to cope with but it does help me maintain perspective.