The role of medications in my son’s life


Before Elliott got hurt last night, I was trying to keep the kids focusing their energies in a positive way. That’s not always easy in the neighborhood we live in because of safety concerns.

This afternoon, we gave the toads tank a makeover.

You might remember that the boys rescued a family of toads on the 4th of July. It doesn’t cost us anything more than our time because I already had the supplies in the basement.

I’ve been using this as a chance to teach the boys about toads live and eat. Toads don’t do much but they do like to eat and I take Elliott outside during the day when his anxiety gets too much for him and we look for insects to feed the toads.

It really calms him down and he always feels better.

Yesterday we decided to give the toads home a makeover because…..well….just because.

The boys had fun and the toads love it. They have a bigger pool to sit in and a half buried flower pot to hide in if they want to. 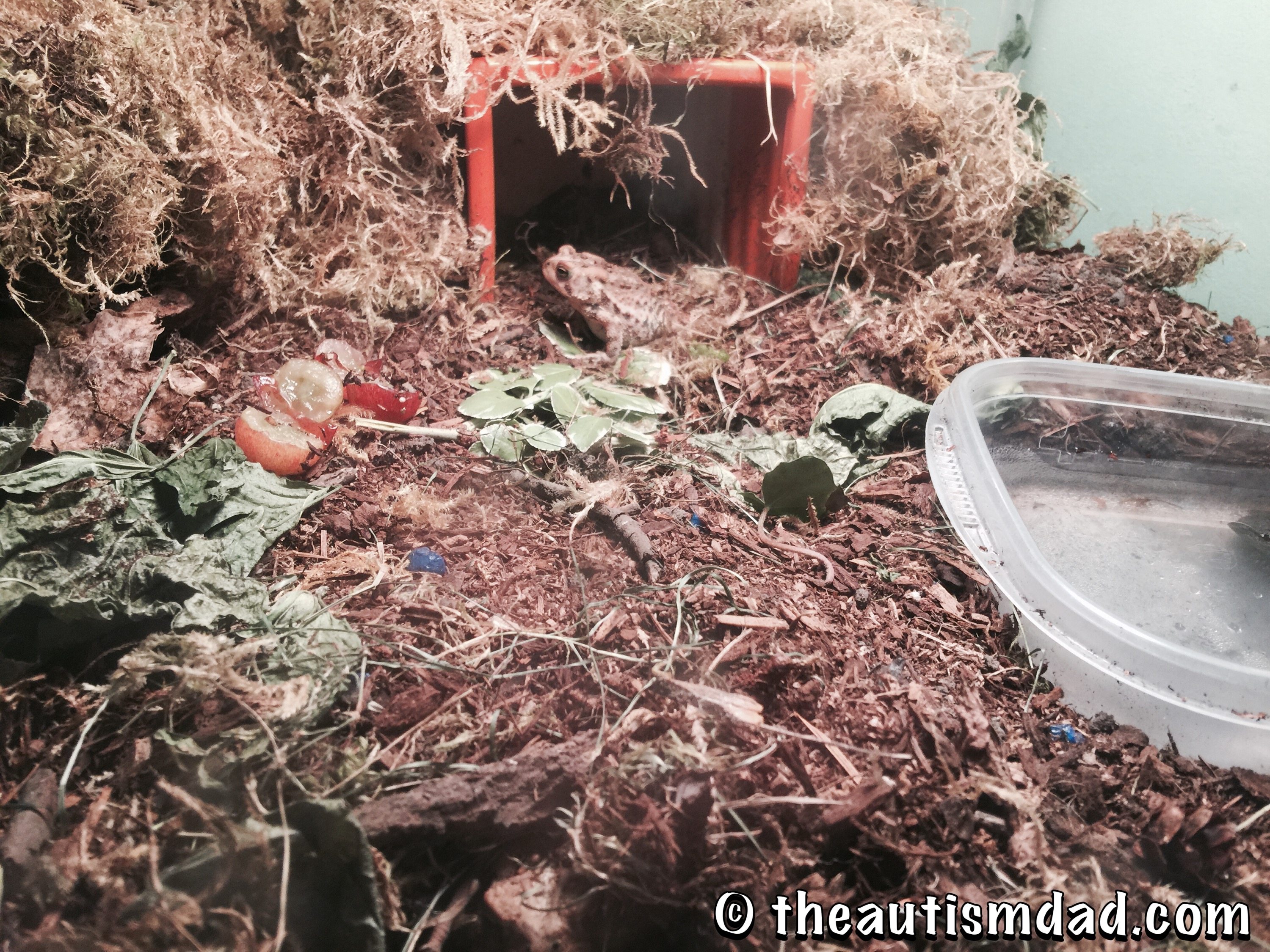 The boys are constantly catching fireflies, crickets, millipedes and pill bugs. They drop them in the tank so the toads can hunt for food whenever they’re hungry. 😀

When I say they are happy, I really think they are. If you walk up to the tank, the hop over to you. They have probably just associated us with bringing them food but the boys don’t see it that way and it makes them happy to know the toads are happy.


We’ll probably release them before the end of summer but we’ll see how it goes.

For now, they are safe, well fed, loved and seem to like their giant tank. They would have died had Elliott and Emmett not found and removed them from where they had gotten trapped.

I’m hoping this proves to be a positive and educational experience for the boys.. 😀