Because You Asked: Why I vaccinated my kids

Elliott and Emmett were both in rare form today. I spent a large part of my time, trying to slow them down, in order to keep them from hurting themselves.

We made it all the way to dinner time without incident but then it happened.

Elliott and Emmett were chasing each other around in circles through the living room, kitchen and dinning room. I told them to stop countless times but they were pretty amped up because they were going to do some back to school shopping with their Mom and Grandma in a little bit.

Next thing I know, Elliott is screaming because he tripped and fell.

Initially, I thought he had just sprained his wrist because that’s all he was complaining about. Then I saw his forehead and while I tried to not show any concern, I was completely caught off guard. 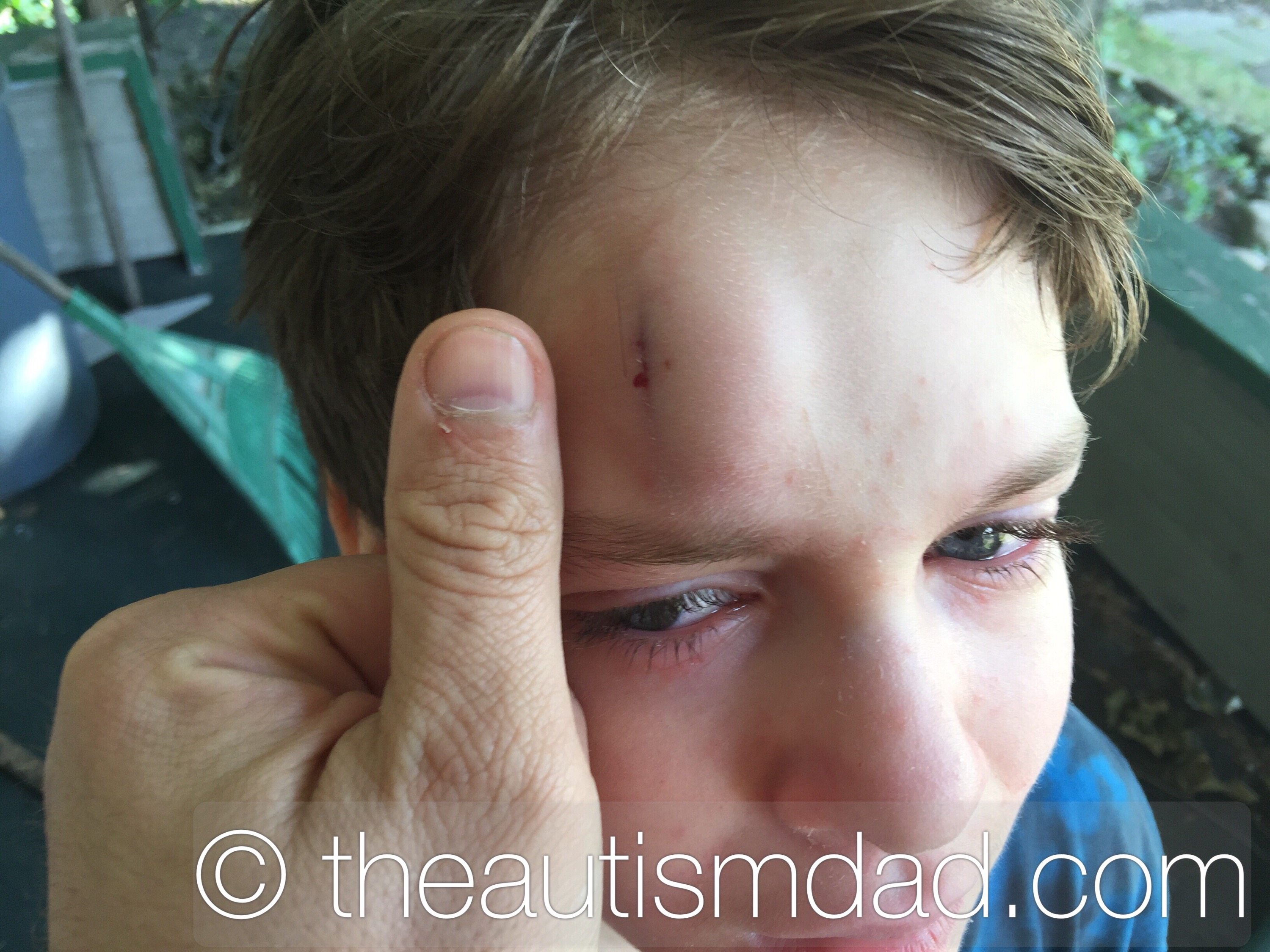 I think it’s probably obvious why I reacted that way. Turns out he hit his head on the corner of this little cabinet, which has since been trashed.

I was concerned for two reasons. The first being that it was a fucking huge lump on his forehead. The other thing was that there was a clear line running down the center that was seeping blood. I felt like if I looked at it wrong, it would just split wide open.

This is one of those times that I should know what to do because I was a paramedic for so long and I’ve seen and dealt with traumas that were way worse than this. It’s different when it’s your kids though.

I didn’t want to take him to the hospital and further traumatize him if it wasn’t necessary.

At the same time, I was concerned that cut might split open or then there’s the whole possibility of a concussion.

I talked to my parents and my Dad stopped by to take a look.  I sent the other two boys with their Grandma to go school shopping. Meanwhile, I had Elliott ice his forehead and rest. He was so freaked out about having to go to the hospital, that he had worked himself up quite a bit.

In the end, we iced it and I kept a close eye on him. He’s fine now, the actual open wound never got any worse and the lump did start to go down. He ate dinner and was back to his normal self. I’m still keeping a close eye on him and will check on him throughout the night. I’ll be looking for any signs of possible concussion but I think he’s fine.

It’s so hard to balance how you react to a situation like this when a child with Autism is involved. Trips to the hospital are traumatizing enough on their own, factoring in staff that likely isn’t very Autism aware and the overstimulation from the sensory assault, it’s a total nightmare.

If I’m really concerned, I error on the side of caution but the rest of the time I trust my gut.

Elliott is so lucky because if he had fallen with any more force, he’d have split his head wide open. While the bump will be sore for a few days, I’m so grateful that it wasn’t any worse. 😌

If it needs to happen than so be it but if it’s not needed, I find they do much better at home

Better than going to ER that’s for sure 🙂

I just check on him again and he’s fine. I’ll wake him up a few times tonight to check on him but he’s okay. He’s gonna be sore but that’s about it..