I can’t wait to get our routine back

Grocery shopping we did go

A morning full of massive meltdowns

I can’t wait to get our routine back


This is looking like a slower week and that’s awesome. 😀

I had planned on walking in the morning but just realized that Elliott has a meds check with Dr. Reynolds. I was thinking I would just go by myself but then it occurred to me that Elliott’s appointment with immunology last week showed that his heart rate was a bit tachy.

It also just occurred to me that while it could have been anxiety, it may also be his ADHD meds causing the problem. 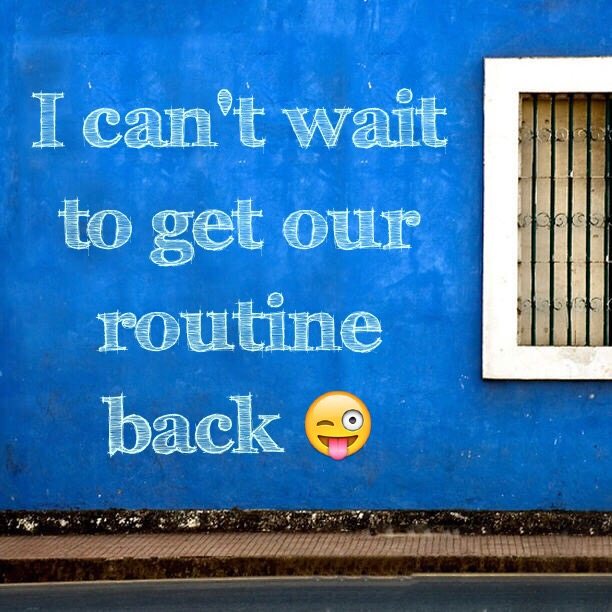 If that’s the case, Dr. Reynolds is the one to handle that and he’s going to need Elliott present in order to assess his condition.

I hate pulling him out of school again but it’s an excused absence and not going to negatively impact his record at school. He should be back long before lunch time anyway so he’d only miss a couple hours in the am.

Playing it safe is the approach I prefer to take when it comes to my kids.

Anyway, the rest of the week is relatively slow and the biggest, scariest thing we have to deal with is Maggie’s surgery on Wednesday.

I can’t wait until we can finally get into some kind of routine. With all these appointments lately, our routine has been kinda jacked….. Frankly, most of September is going to be this way but October looks to be a pretty routine month for us.. 😀👍❤️