I think poor Emmett might have an ear infection

I think poor Emmett might have an ear infection


Without dwelling on the massively challenging evening we had, I suspect I know what was behind Emmett’s irritability.

About 2 hours after I tucked him in for the night, he came down the steps and looked like he’s was going to burst into tears. He climbed onto the couch with me and I noticed he was pulling at his ear. 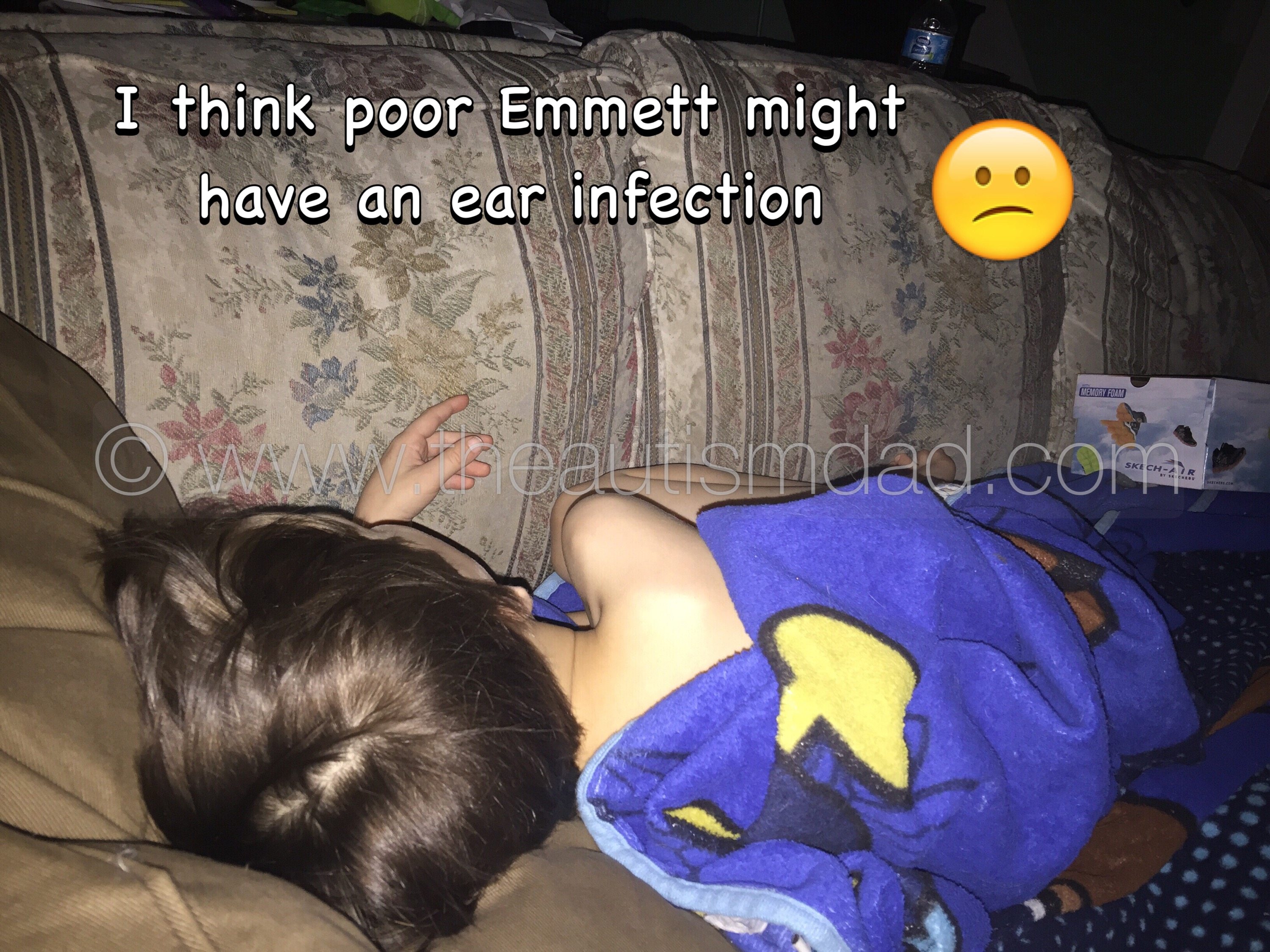 I don’t think he was fully awake because when I asked him if something was hurting him, he sorta mumbled yes and started fussing a bit before he feel back asleep on chest.

My guess is that he may have an ear infection.

I had been thinking that he was hitting a fever flare because he was having a really, really rough night and that typically means that a flare is on its way.

Hopefully he’s feeling better in the morning and if not, I’m hoping he’s in a place to tell me what’s going on so I can help him.