Having sick kiddos with #Autism isn't any fun -

The boys are having dinner with their Mom tonight

Having sick kiddos with #Autism isn’t any fun

It’s been kind of a rough afternoon.  Emmett’s working with a really short fuse and so he gets very easily frustrated with the goings on around him.

Elliott’s not had anymore Asthma related issues but he’s still a little under the weather or rather under the pillow.

Elliott has been sleeping like this for most of the afternoon. He never naps and that's how I know he's not feeling well.

Emmett has been spending time under the dining room table.  I’m not sure what that’s about but it tends to be a place he goes when he’s overwhelmed.

He’s exhausted and yet he still can’t sleep. 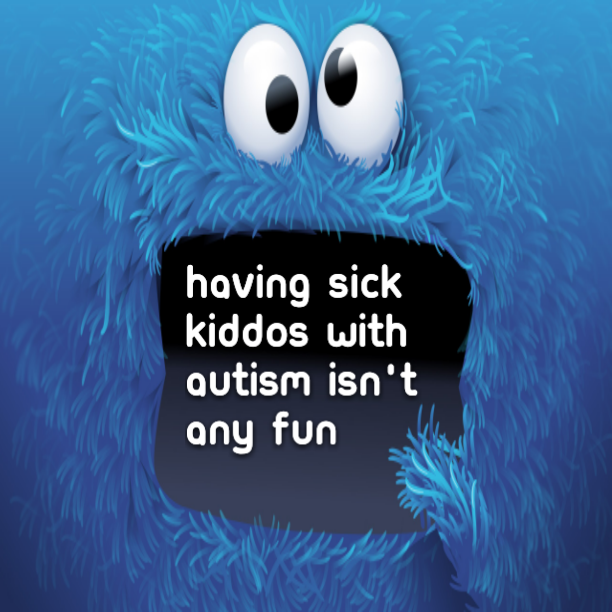 I’m hoping he’ll want to snuggle and maybe that will lead to him getting a desperately needed nap.

Gavin feel going up the steps again and hurt his leg.  He’s resting in his bed for a bit until he feels a little better.  He’s totally fine but it’s still sore.

I’ve been working for most of the day. Graphic design, Photoshop and content stuff for work.  It’s been a pretty busy day thus far but nothing I couldn’t handle.  ☺