Some ocean artwork by Emmett

I’m sitting in my usual spot, waiting for the boys to be dismissed from school. Elliott’s class was playing outside and when his class came walking in, they lined up about 10 feet away from my car.

Normally, the boys will just wave to me and play it cool in front of their friends.

Today however, as Elliott came into view, I saw he was upset. By the time he reached the door, he was sobbing.  I’m talking ugly crying as some would put it… I don’t have a clue what’s going on and it took everything in me not to jump out if the car and comfort him.

His teacher became aware of it and was trying to figure out what’s wrong.

She knows I’m here and I’ve already messaged her to find out if he’s okay.  I felt (right or wrong) that it was best to let the teacher handle this because the last thing I want to do is make anything worse by adding to the emotion.

Elliott’s extremely emotional anymore and it doesn’t take much to push him over the edge so it’s most likely something minor that has caused his state of distress.

I’m righting this in hopes that it will distract me from the overwhelming urge to go get him. The school can calm him down and if they need me, I’m literally 10 feet from the door.. I will say that my anxiety level is much, much higher at the moment and I hope I’m doing the right thing…. 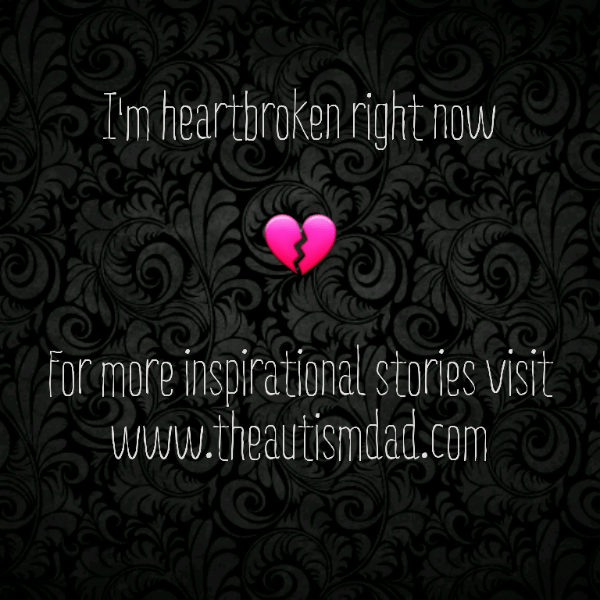