Being a Dad isn’t easy


After speaking with the school and talking to Elliott, it turns out that nothing had happened. As a parent, when something like this happens, I worry about bullying or teasing from peers.  The very thought of someone bullying one of my kids is infuriating and as any Dad in that irrational state would probably say, who do I need to best up…

In reality, that’s not the actual response I would take but in that moment when you see you child in distress for some unknown reason, it feels like the right thing to do… lol

Anyway, as it turns out, my imagination was way off because the only reason he was sobbing was because he saw me pulling into the parking lot and just missed me.  That was it.

That being said, I do feel bad that I was the cause of his distress, even if it was just because he missed me.  I’m sure there’s some deeper emotional things going on there but at the end of the day, he just missed me and that’s why he was sobbing..

I’ll have to try and be a little less awesome or maybe more annoying, that way he appreciates the time away from me and we can bring balance back to the force….. ☺ 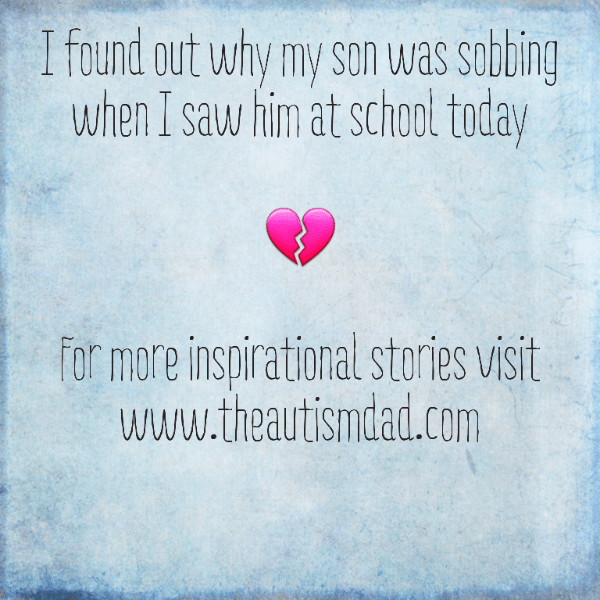