Elliott insisted on eating and I allowed him to have a banana and late on some dry cereal.  Shortly after that, he began to feel sick again.

I had tried to keep him from eating but he was starving and so I let him eat something lighter. 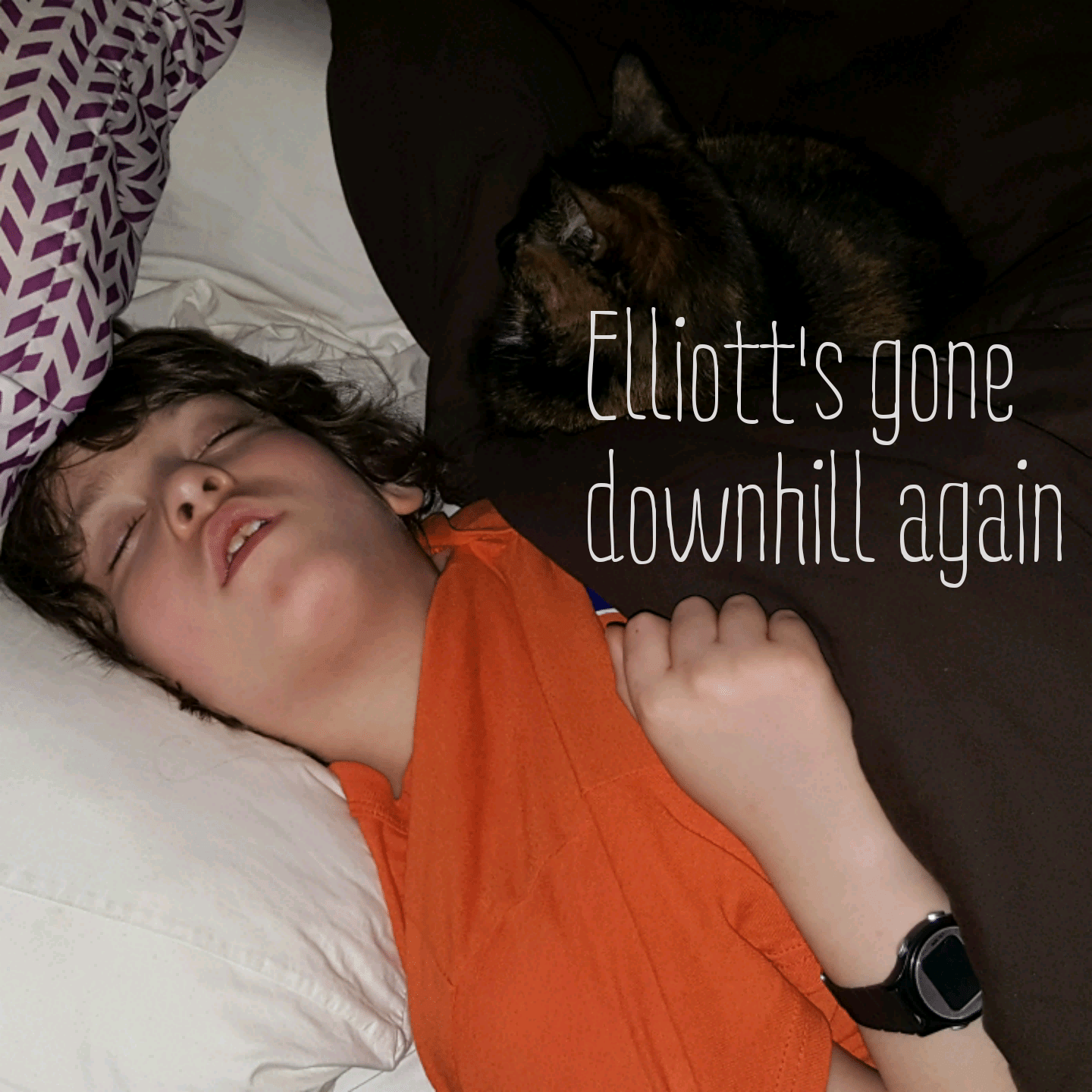 Anyway, he’s been sleeping on my bed for the last few hours, with Cleo standing guard over him…..

Emmett’s feeling better after some motrin
and seems to be eating without any issues but he continues to stick things in his mouth.  He opens his water bottle with his teeth and I imagine it’s sensory related.

I may need to look into so chewing toy for him. Something that he can’t hurt himself on.