Update on my new antidepressant medication -

We’re finally back to whatever the Hell normal is

Update on my new antidepressant medication

Last Thursday, my doctor added Abilify to my current antidepressants, in hopes that it will help with the remaining symptoms.  Of course, insurance wanted a prior authorization and because we’ve all been sick, I hadn’t followed up with it.

I took a walk this afternoon to my neighborhood Walgreens and there still hasn’t been a prior authorization yet.

The pharmacy swears they’ve faxed my doctor 6 times and received no response.  I called my doctor and they swear they haven’t received anything from the pharmacy.  Clearly there’s a disconnect and frankly, the common denominator is Walgreens.

I have this issues with almost all our doctors, so it has to be with the pharmacy.  If I hadn’t been overwhelmed by all the stomach flu, I would have followed up the next day but I just didn’t care at that point.

The doctors office is go into take care of it but I might not hear anything back until next week and that sucks.

While we are waiting for insurance to approve this, I’ve asked them to check into different approaches..  I’ve been on Paxil for years and it’s caused a lot of weight gain and it’s very difficult to lose.  Rather than be on 3 medications, I asked about maybe 1 new medication that could do a better job than Paxil.

The doctor isn’t in today so I won’t know anything until tomorrow but I’d love to hear what’s worked and not worked for you, in regards to antidepressants. Maybe something that worked for you may be something I could ask my doctor about…  ☺ 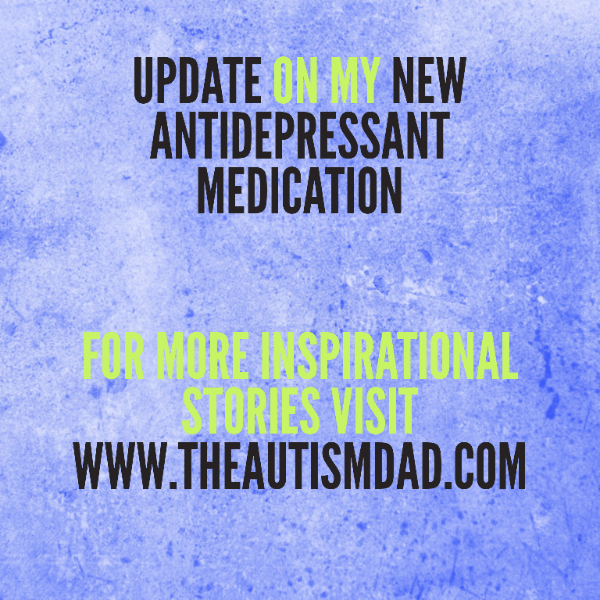