It’s been 3 weeks but we finally return to our regular therapy schedule today :)


Gavin has been doing okay today but seems just a bit off.  His memory has gone downhill lately and it’s causing him to get frustrated with himself a lot.  I don’t know if this is a phase or if it’s just a progression of his regression..

When he had extensive neuropsych testing done at the Cleveland Clinic a couple years ago, it was determined that his memory was fine, it was his recall that was problematic.  Maybe it’s just the recall that’s getting worse or maybe he’s just having an off couple of days.

There’s not really anything that can be done but he does benefit grately from both audio and visual prompts.

Maybe I need to print out some more visuals and help him learn to utilize his tablet for keeping tabs on the things he needs to remember.

Is a frustrating situation in general because he’s frustrated with himself and it’s frustrating as a parent, having to constantly repeat myself.  It’s just something that we have to overcome. 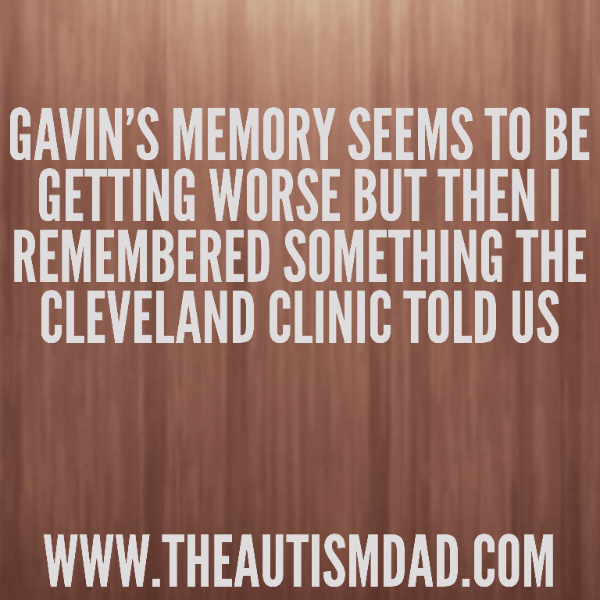