We had 4 MAJOR #Autism related hurdles to overcome this morning  -

So this happened last night and it was scary

We had 4 MAJOR #Autism related hurdles to overcome this morning


Lizze and I had an interesting night. We realized at about midnight, that the boys actually have school today. For some reason I had it stuck in my chronically sleep deprived brain, that they didn’t go back until Tuesday..

That realization sent us into a panic because there are very specific things that absolutely must be in place each morning before school, or things won’t go well. It was midnight and we were not prepared for the boys to return to school in roughly eight hours.

There were several issues we had to find solutions for, before we could go to bed.

For starters, we had planned on getting their school clothes washed and ready today, because they wouldn’t need them until tomorrow. This new tidbit of information, sent us on a scavenger hunt for school clothes. 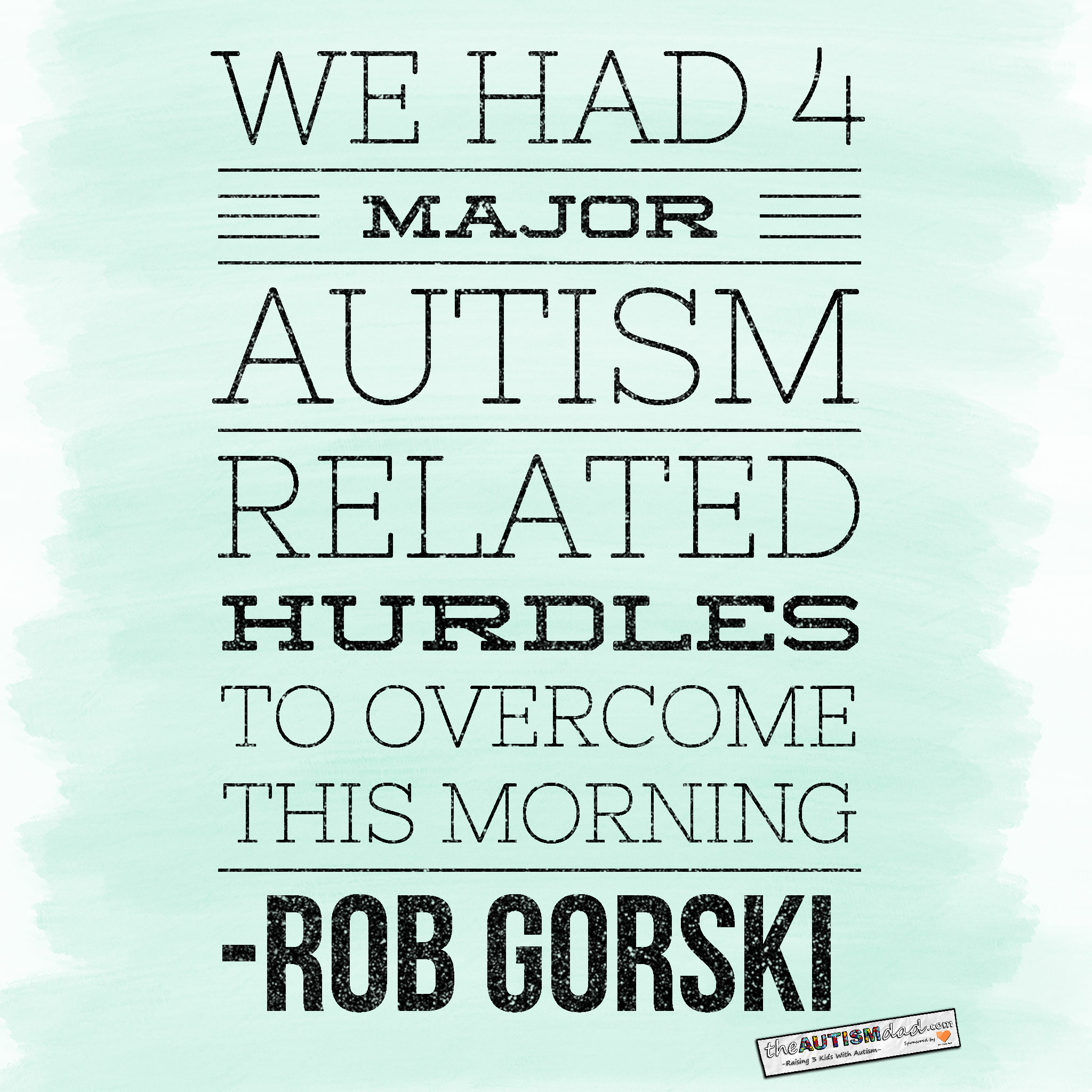 Lizze put them in the wash, while I took on an even bigger problem.

What could be bigger than the kids not having school clothes and going to school in their underpants?