Op-Ed: When a 10 year old with #Autism is arrested for assault

That didn’t go as planned

We’ve been having a problem with one of our cats.

Our oldest cat Cleo is being bullied by our younger one named Greysha. She and her brother Blue were adopted as feral kittens, three or four years ago.

Over the years, Blue has adapted well and enjoys his life as part of our family. Greysha, on the other hand, hasn’t. She’s always been easily frightened.

She’s retained her feral instincts, and we will only be seen when she wants to eat.

Lately, she’s been appearing more often, but when she does, she’s very aggressive. We’ve spoken to our vet, and apparently, this is a problem that likely results from her feral start to life.

She’s been bullying Cleo so much; she’s made Cleo sick. Poor Cleo is so stressed out; she’s had explosive diarrhea for the last couple of weeks. We’ve had her to the vet, and they believe it’s stress related. The medicine they gave her helped until she was attacked again.

For the last few weeks, Cleo has been living in our upstairs bathroom, behind the closed door. She feels better, but that isn’t a long term solution. 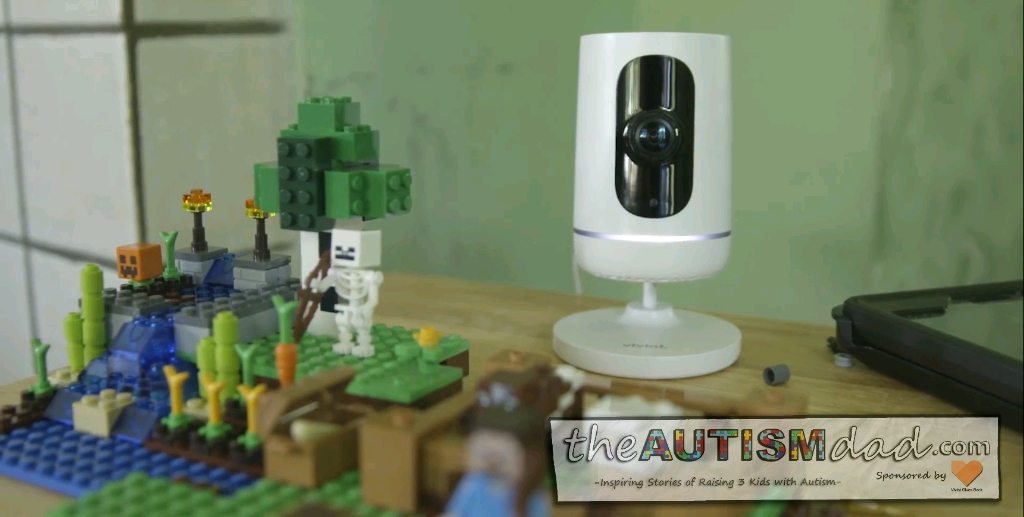 One of the problems we’ve had was that the attacks on Cleo have gone largely unseen. We hear the fighting, but when we get there, Greysha has already fled the scene
The other night, I decided to set up one of our Ping Cameras, from Vivint Smart Home, in the bathroom where Cleo has been hiding. We wanted to witness what happens, so we knew we were making the right decision.

Below, you will find the video footage of what has been happening to Cleo.

Without the ability to use this technology, we may never have witnessed what was actually happening. Unfortunately, Greysha needs to be re-homed. She’s begun attacking the ferrets as well and there’s no way to stop her. This is a really sad situation, especially for Elliott. Being able to see the video, helped him to recognize that we are doing the right thing.

We’ve been working with our vet to help Cleo but she’s never going to get better until the source of the stressed is removed from her life.

Elliott’s sad but there isn’t anything left we can do. We tried for a long time to give Greysha a home but she just never really acclimated.

We have a few options lined up and we will do right by her but she has to go. Catching her is going to be the problem.

Poor kitties. Almost all of my cats have either been strays or from the shelter. Luckily, none of them were old enough to be feral, as we found/adopted most of them as kittens. Sounds like Greysha would be better off as the only pet somewhere.

Poor kitties. Almost all of my cats have either been strays or from the shelter. Luckily, none of them were old enough to be feral, as we found/adopted most of them as kittens. Sounds like Greysha would be better off as the only pet somewhere.