I mention Gavin was struggling today and here's what I'm seeing -

Why ongoing therapy is important for my #Autism family

This post was meant for yesterday but didn’t get published until now.

The morning didn’t go as originally planned and perhaps that threw Gavin off a bit. He was definitely off this morning and it presented some frustrating situations for me.

For starters, he was freaking out over his IVIG infusion. Gavin was worried about the needles leaking before he even began the procedure. This isn’t uncommon for him to worry about, and I can’t blame him for worrying, but the degree to which he was worried, interfered with getting his infusion going this morning.

Gavin was doing some serious pacing and when he’d stop, he would lean side to side, sorta rocking back and forth. He was seriously stressed. 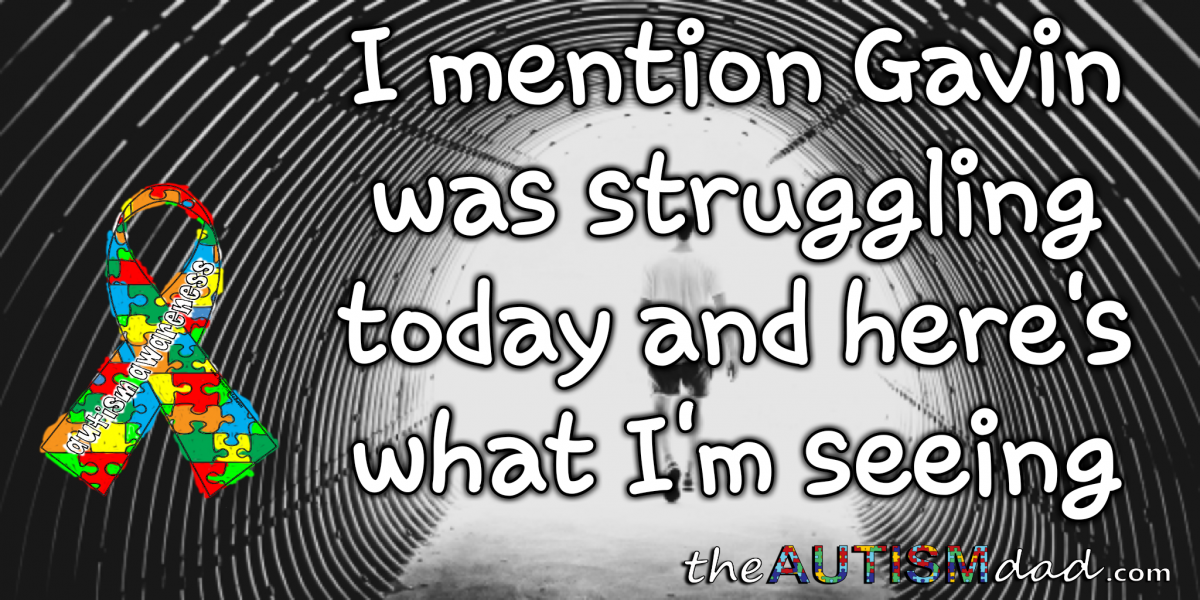 It’s sometimes hard to out my finger on what exactly is not right and other times, all I can say is he was just off. Gavin’s a strange kid and 9 don’t mean that in a bad way, it’s actually part of his charm but his behavior is stranger and stranger as time goes on.

I’d say he almost seems distracted or preoccupied but I’m not sure what that looks like in Gavin.

What I can say for sure is that when he gets like this, it’s a great deal more difficult to work with him because his tolerance is nonexistent and he will get very upset if we try to guide him through it.

When Gavin gets upset, he can express that with some aggressive behavior. Typically, that aggression is directed at himself but that doesn’t make it better. I don’t want him hitting himself, everytimehe gets upset.

Hopefully, we’ll work through this and get back to the more typical challenges of daily life as an Autism family. ☺