It’s been a long day, but I’ve finally recovered enough to write this post. I’m going to keep this brief and let the pictures/videos do the talking. ☺

Emmett had his martial arts tournament on Saturday morning and it was a pretty awesome experience. I had originally thought this was going to be something that wouldn’t have any actual competition but I was wrong.

There was no sparring or contact anything, but they did compete. Everything they did was scored by the judges and the highest score won.

He competed in the Empty Hand Kata and the Weapon Kata. I’m super excited and incredibly proud to share that Emmett took first place in both competitions. He had the highest scores of anyone who competed today and there were a ton of kids. 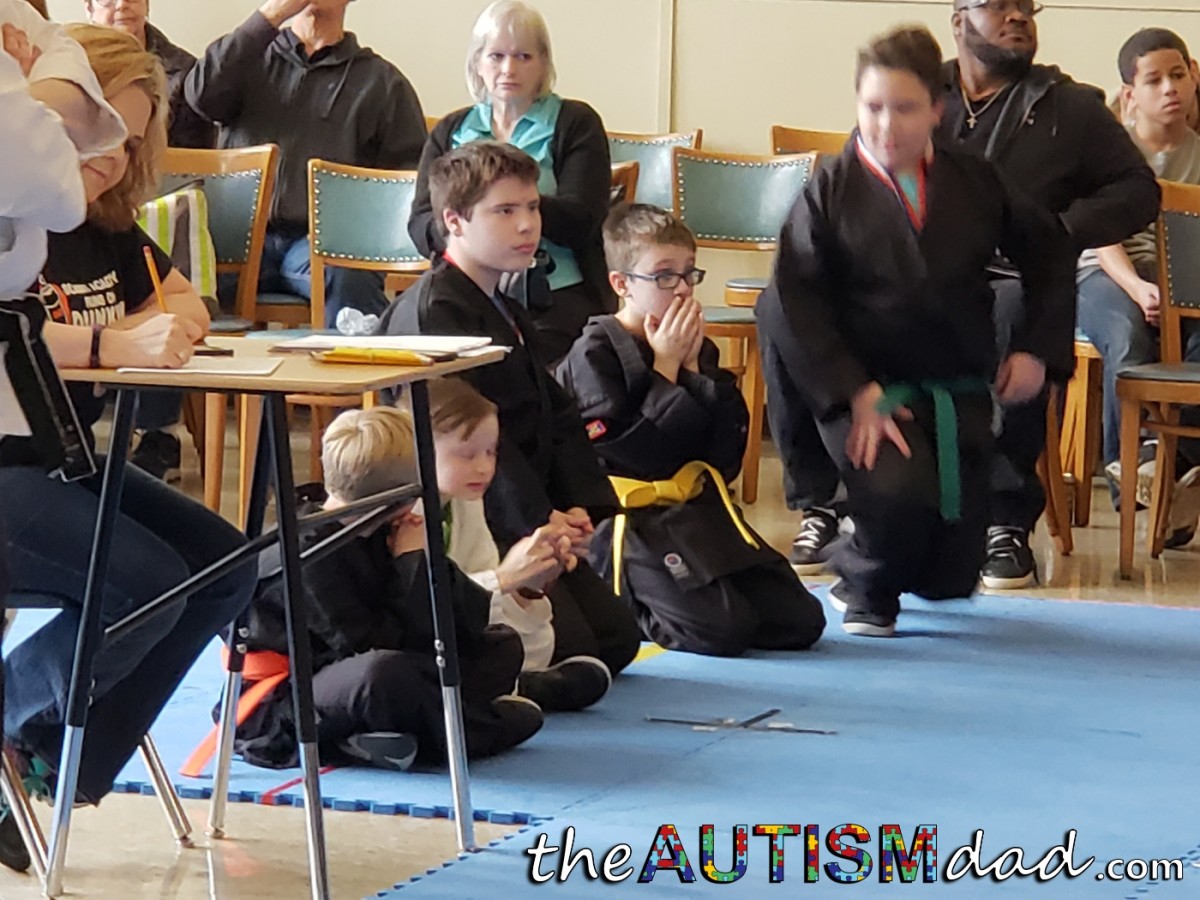 This is the exact moment he realized he took first place. I love his expression.. ☺

Actually, Emmett and one other kid both took first place but Emmett’s scores were much higher. I’m not sure what the deal was with that or why it worked that way. Maybe they were in different age groups or something. It didn’t make sense but at the end of the day, everyone did awesomely and Emmett was in good company.

I’m so proud of Emmett and I hope you enjoy the pictures and now the video.. ☺