Why he’s so excited about this red box


I’m going to cut to the chase. Putting things bluntly, Gavin is driving me absolutely crazy and I’m not as patient with him as I should be or as much as he deserves.

He’s constantly asking me the same questions and sharing outload, every thought that pops into his head.

I used to be so patient with him in this regard and would listen to every word that came out of his mouth. Over time, it’s chipped away at me and as Gavin’s overall cognitive ability suffers, the constant talking increases. 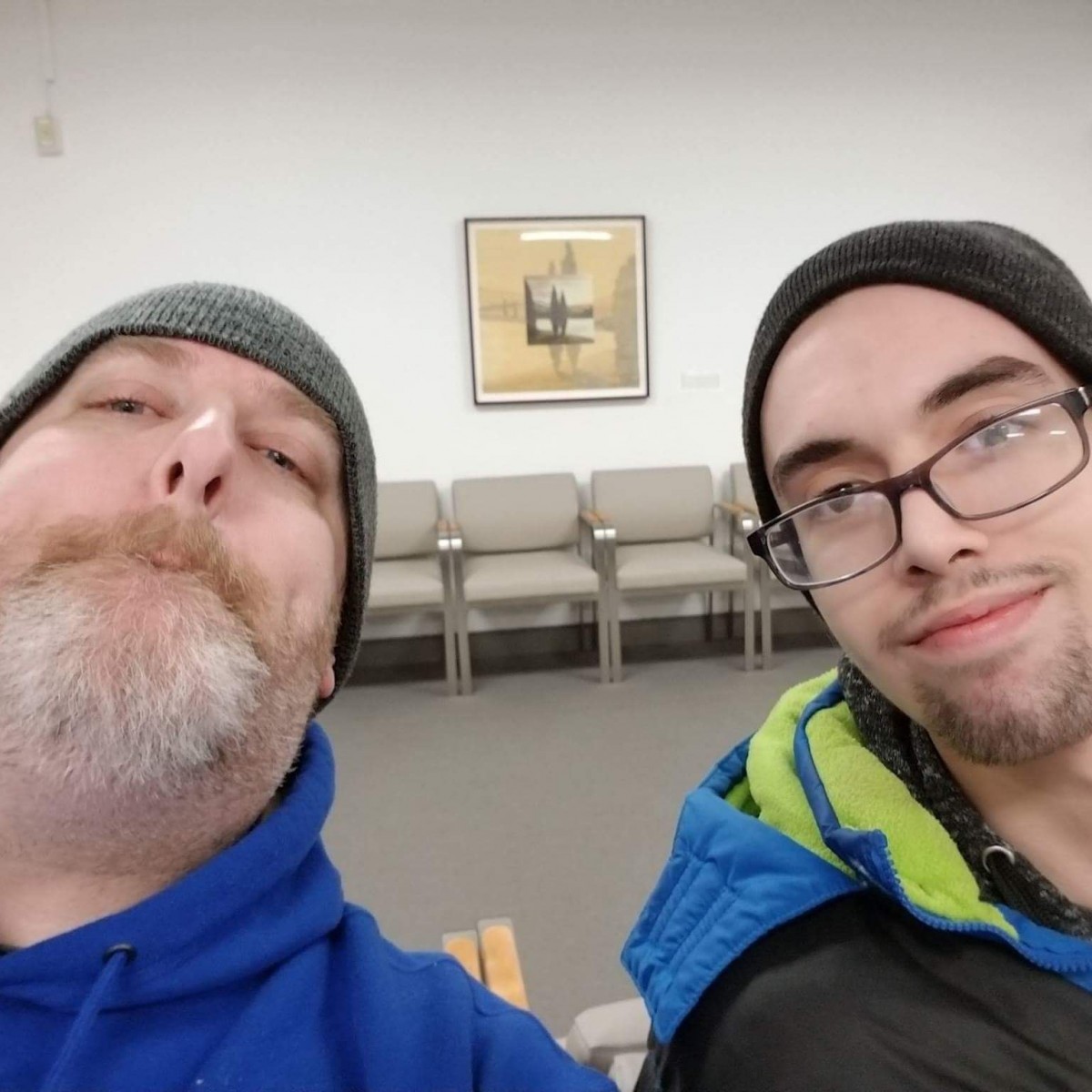 Getting him to do one or two step tasks requires multiple attempts and a great deal of coaching.

I’ve no question in my mind that he’s doing the best he can. I also know for certain that his goal with the constant talking is not to drive me crazy. Unfortunately, neither of those things make it any easiest to cope with all this and it’s worn me down over time.

It sounds terrible, I know. I feel terrible, believe me.

There are so many times I feel like a monster because I lose my cool with Gavin. He’s eighteen years old with the emotional capacity of a six year old and I yell at him to stop talking. His health is incredibly fragile and we never know what to expect as a result. I should be cherishing every minute I have with him but his voice can become like nails on a chalkboard.

I tell my Autism parents all the time, that it’s so important to remember that while you’re an Autism parent, you’re first and foremost, a human being. I tell them that because it’s true and something they need to keep in mind.

You’re no different and neither am I.

Sometimes I need to be reminded of this as well. We’re all human and can only take so much before we hit a wall.

What I need to remember is this.

I love Gavin with every single ounce of my being. He’s an amazing person and count myself blessed to have him in my life. I would die for him in a heartbeat. I would trade places with him without a second thought and take away the many health related challenges.

Feeling frustrated, angry and even resentful are things that humans feel.

Feeling those emotions doesn’t mean I love Gavin’s and less or that he’s somehow a bad kid.

Today is one of those day where I need to remind myself that I’m only human.

It sounds like you need a break. I am raising 2 autistic foster kids and I know I need one, but, although my babysitter (and friend) is an ex green beret, he can only handle about 4-5 hours.

I relate to your situation so much with my son. From waking early in morning up to going to bed he’s non stop with the talking to himself, whaling, repeating, it definately grates..i try to be tolerant and understand he needs to stim etc but there has to be a quiet moment at some point, but it’s never long. I feel bad afterwards for having yelled at him to be quiet..and then beat myself up for reacting negatively. You’re not alone.u

I don’t think you’re a monster.

Just as I’ve given my son a set of cues and done dry runs of what… https://t.co/oTWTKujH8p

I am in a similar situation of late. I have even taken to telling him “Enough…I don’t want to talk about this any more!!!” And sometimes I even tell him to “Go away” after innumerable return trips to ruminate thoughts just to say them. I did well for almost 19 years to encourage and celebrate him talking. He’s saying more things but still obsessing…I cannot tolerate it like before. Like you, I feel guilty a bit for not holding it together but we are human after all.

you are amazing, you are only human, he is your world but we all get frustrated and impatient somedays, be proud and take a deep breath x

You said everything I was going to say as encouragement to you.

I’m amazed you’ve made it this far without completely losing it. It is HARD HARD HARD to have to listen to someone all the time. I remember it from when my kids were little, and that was only for certain phases. You should not beat yourself up about this.

It is not easy for someone his age to be in the house all day with his parents, no matter what his limitations. And that’s the plan for the foreseeable future? You’ll ALL go nuts. There have to be solutions here, there must be a place he could contribute. Carrying bags to people’s cars? This time of year, a plant nursery may be looking for a volunteer who could do that…

Thanks dot. Great to hear from you again. ☺
I know you’re absolutely right. My brain knows that but sometimes my heart takes a bit longer to come around.

As for the activities, I’m thinking about having the boys volunteer at the local wildlife center. I used to do it when I was a kid. They all love animals and this would be helping the place we take injured anilams when we find them.

It seems like there is a need (at least in the community of autism where they are severely affected) for some kind of adult day care center situation. I know with his fragile health and his behavioral problems that you have pretty much ruled out group homes, but it’s a shame there isn’t really a day care kind of option. I suppose the numbers probably don’t support it because there just aren’t that many people that fit in that category at this point that aren’t elderly but it’s too bad there isn’t something that would fill that niche.
As you often say, it’s a matter of a need for respite not because you are a monster! People that care for their parents that have dementia often run into this kind of constant burnout as well. You can’t assign fault, it just is what is. As long as there is no outright abuse, I think everyone is entitled to lose their cool once in awhile.

Thanks. I always feel the need to make the same clarification you did about abuse. I tell people to feel what they feel and do what you need to in order to care for yourself. That includes forgiving oneself for losing one’s cool. That assumes that we aren’t talking about physical or emotional abuse.

As for dementia, you’re absolutely right. There are a great many similarities in regards to what caregivers experience. Excellent point.. ☺