A frustrating moment with Gavin -

I’m not feeling it this morning

A frustrating moment with Gavin

I had a frustrating moment with Gavin last night. Actually, it was several moments long and I was really, really frustrated.

Gavin had finished moving some things around in the ferret pen, including their litter boxes. He’s not super graceful with his movements and so I wanted him to make sure that he washed his hands really good before touching any food.

We have hand sanitizer throughout the house for everyday things but when you’re working with a litter box, you need to wash with soap and water. If he wants hand sanitizer after that, whatever floats his boat.

He only used hand sanitizer last night and I reminded him that when his hands are actually dirty, he needs to use soap and water. That will help to physically wash away anything that on his skin.

I was really nice about it but he got really upset and frustrated because I had to remind him. I told him to go wash his hands before making his dinner.

I thought that would be the end of it but boy was I wrong. 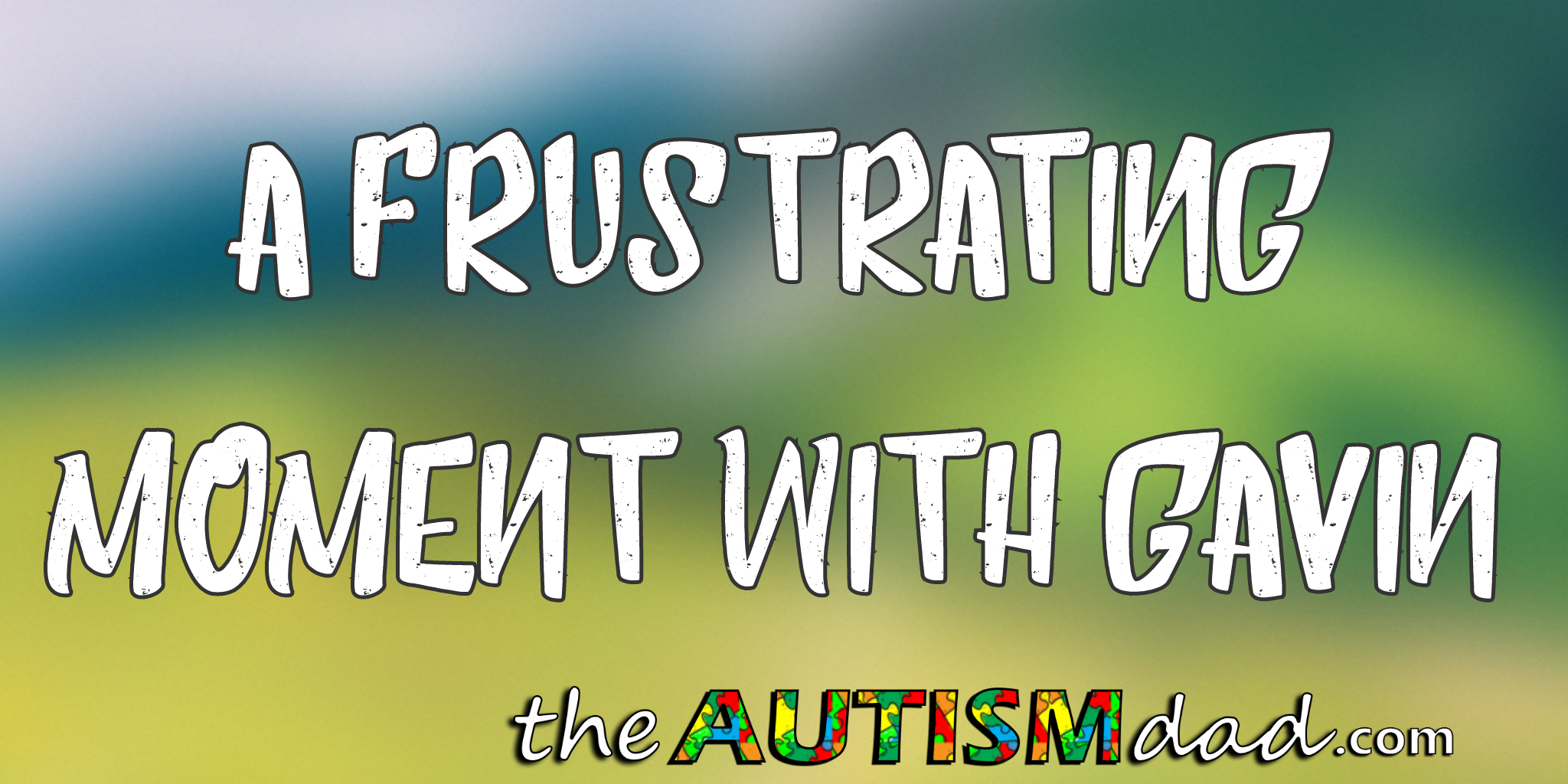 Gavin came down the stairs and went about his business. I asked him if he’d washed his hands and once again, he got upset. This time however, it was clear that something was wrong and he didn’t want to tell me.

After several attempts to figure out what was wrong, I began getting frustrated myself.

All I could understand was something about the bottle of hand sanitizer being empty and he didn’t see the new one right next to it. At this point, he’s dancing around and beginning to contort his body because he doesn’t want me to know whatever he did.

Turns out that while trying to get hand sanitizer from an empty bottle, Gavin knocked Elliott’s toothbrush on the bathroom floor. Rather than just own up to it and tell someone, he picked it back up and put it on the counter where it resided prior to being knocked on the floor, next to the toilet.

At this point, I was upset with him. I wasn’t upset that he accidentally knocked it off the counter and was going to let Elliott use it anyway. I was more upset that it took fricking twenty-five minutes to get that out of him. I told Gavin that when something like this happens, he must tell us. Accidents happen to all of us and we have to own up to it, especially if it impacts someone else.

By this point, Gavin was hysterically sobbing and nothing we could say helped him to feel better.

He wasn’t in trouble and no one was mad at him for accidentally knocking Elliott’s toothbrush onto the floor. The only reason I was frustrated was because of his current behavior. None of this had to happen but it’s a pretty typical Gavin situation.

He was able to eventually calm down and by now, he probably has no memory of what transpired.

It’s a very difficult situation to manage and unfortunately, it’s happening more and more often. I told him I was proud of him for telling me the truth and Elliott made it a point to let Gavin know that it was okay.

This whole thing chewed up about an hour of my life and absolutely none of it was necessary. Here’s to hoping that today is a better day. 😀