This 1 idea may solve our current guardianship difficulties

1 phone call has sent me into a complete panic

Do you ever feel so overwhelmed you can’t breathe?

This 1 idea may solve our current guardianship difficulties

There are a million things to worry about in regards to Gavin and it’s impossible to take them all on at the same time. We have to triage everything and focus on what’s most important in the moment.

As of yesterday, the priority was getting guardianship over Gavin in order to continue taking care of him, as he’s legally an adult.

We were hit with the reality that we are going to need an attorney that we can’t afford and I was feeling a great deal of stress as a result. That was a newly minted problem and we hadn’t even begun to process it and we get run over by something else that needs our immediate attention. 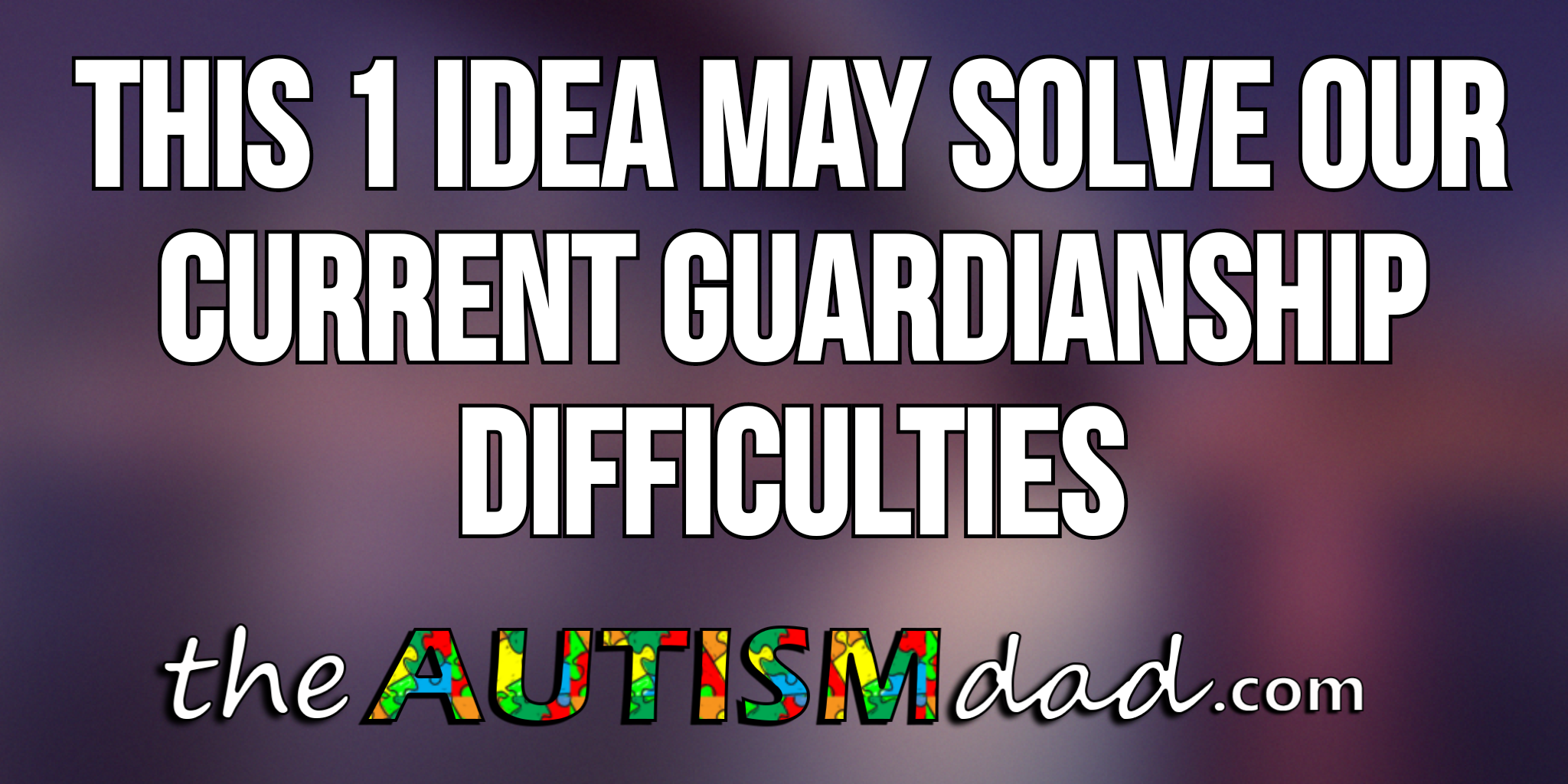 The medication that Gavin relies on to replace his severely compromised immune system has experienced a supply interruption for some reason. There’s a nation wide shortage of GAMMAGARD and that’s an enormous problem. See: How 1 phone call has sent me into a complete panic.

This is a potentially life and death situation and we have no choice but to make this our top priority and back burner the whole guardianship thing, at least until we get through this.

That brings you current and to Gavin’s appointment I mentioned at the beginning of this post.

I was asking his psychologist some questions about the guardianship process and how we might be able to temporarily address the issue while we focus on the current crisis.

We may have found a solution that will function as a stop-gap until we can find an attorney to help with the guardianship process.

While Gavin is legally incompetent that doesn’t mean he can’t make certain, very basic decisions. After speaking about this for a little while, it was suggested that we simply gain medical power of attorney. It’s a pretty straight forward process and his psychologist absolutely believes that Gavin is competent enough to sign that legal document, granting us the ability to continue managing his healthcare until we get guardianship figured out.

While Gavin isn’t competent enough to make decisions about his health because he doesn’t comprehend much of what goes into that, he absolutely has the capacity to understand that he wants his Mom and Dad to continue managing his healthcare.

I have to check into this tomorrow but it should be a fairly simple process and I don’t believe it even involves the courts. It’s paperwork, signatures and a notary.

If this pans out, it would be at least a temporary solution, while we focus on his current immunological crisis.

We spoke with Gavin about this and he understands what this means. All he wants is for things to stay the same as they’ve always been. No one is going to challenge it and even if they do, we have his psychological team of experts to back us up.

I’m going to bed tonight enormously worried about this medication shortage but I at least have some hope that we may have circumvented the issues delaying guardianship.

This means that we can continue moving forward with his current health issue and hopefully find him some comfort and relief..

When you live a life like mine, you have to take hope where you can find it. Right now, I’m thinking we might just be able to put a check in the win column. Not having to worry about this right now allows me to devote more physical and emotional energy to the current health crisis.

I said this on the other post about guardianship but am going to mention it here as well (in case you don’t go back to the other post). For both guardianship and POA have yourself listed as primary and Lizze listed as secondary so that she could act in the event that you’re not able to. One thing to be wary of: a notary might not want to notarize Gavin’s signature if that person isn’t comfortable with his mental status, so finding someone to do it might be more difficult than the average person would think. That said, powers of attorney are always a good idea when health is involved. When you have Gavin’s drawn up, think about having them drawn up for you and Lizze as well. It can’t hurt to have someone who can speak for you if you’re not able to speak for yourself. I think this would be especially important in Lizze’s case because of her multiple diagnoses. Just food for thought. (re: food- how is your weight loss journey going? 🙂 )

I down almost 18 lbs

*2015 so current shortages not addressed