This Father's Day, we're standing at the crossroads of history -

We had a nice little family outing

Do you ever feel like it’s all falling apart?

This Father’s Day, we’re standing at the crossroads of history

I want to take a minute and say Happy Father’s Day to my Dad, Father in law, 2 of my brothers and to all the Dad’s out there. You guys are all awesome. ☺

I also wanted to thank my family for making me feel special today. I love you all.

For the last decade-ish, I’ve been blessed with a platform that reaches quite a few people, from all parts of the world. I’ve been fortunate enough to make connections with families from places I didn’t even know existed until then.

While my platform isn’t nearly as big as many others, I feel compelled to use my platform to benefit those within the Autism and Special Needs Communities. There are times however, when something is taking place in our world that I feel is so wrong, I must speak up. If I don’t, what kind of example am I setting for my children.

As I’m writing this, thousands of children are being stripped away from their parents at our southern border. Families, so desperate to escape death, brutal violence, starvation and oppression, they risk their lives to journey thousands of miles to our border, begging for protection. 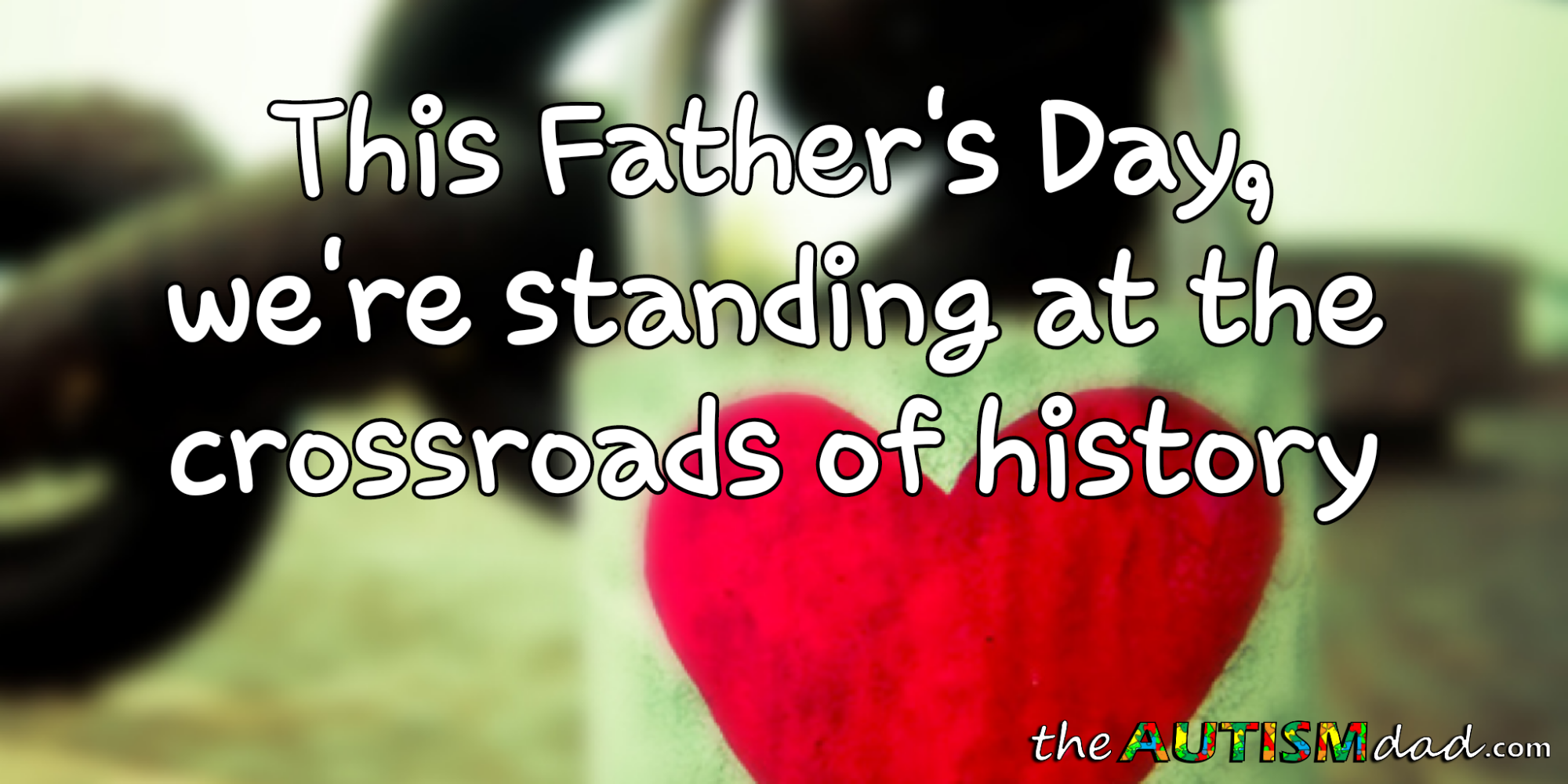 Under our new administration, it has been decided that to exercise a policy where we treat everyone trying to come into this country the same, be it legal or illegal. It doesn’t matter why they have shown up, they are being treated as criminals, and our government is stripping their children away. These kids are as young as a year of age. One mother had her child forcibly taken away while she was breastfeeding it.

Families are being ripped apart because our government is choosing to do so. There is no law that requires this to be done and that’s a fact. Facts matter people. This isn’t a Democrat vs Republican issue either. This is a Donald Trump policy and Donald Trump could stop it with ease. He’s blamed the Democrats but the facts tell a much different story. You can say whatever you want but you cannot make up your own facts.

That being said, there is no law forcing the separation of children from their parents. There is no justice in tearing screaming, terrified children away from their mothers and fathers, simply because they are showing up at our door, seeking help from the most powerful country that has ever existed.

At this point, over 2000 children have been taken away from their parents. They have no idea if or when they will see their parents again and they are being housed in detention centers. There are huge tents being setup to house these kids in Texas as well.

How can we celebrate Father’s Day, knowing so many families are suffering at the hands of our elected government? How can we be okay with our government choosing to tear families apart that are trying to seek refuge in our country?

How can the our elected officials look their own kids in the eyes, knowing what they are choosing to do, either through action or inaction.

We could go into the political message behind these decisions but those of you horrified by these actions already see through it and those having no issue with what’s happening either don’t care or have already drank the kool-aid.

This is not okay. We are a country built by immigrants and most of our family history begins there as well.

We can secure our borders and regulate immigration while doing so in a way that shows compassion for our fellow human beings.

I beg all of you to seriously think about this. Don’t blindly believe my words or the words of our leader. Look into this on your own. Learn the facts from trusted, credible and reliable sources. Keep in mind that fake news is a real thing but sometimes the person who screams it the most, is doing nothing more than crying wolf and creating distraction. A free press is a corner stone of our democracy and like our elected officials, majority are good but some are not.

This Father’s Day has been a great one for me personally and I’m forever thankful. Unfortunately, because of the choices our leaders are making, not everyone can say the same thing. We must do better.

It is in the news here in Europe as well. Horror! Pure trauma for all involved.